With the recent COVID-19 school closures, staff and residents at the MCH Boys Ranch are finding numerous ways to keep busy. The Boys Ranch offers experiences for youth and staff to enjoy the outdoors and utilize Ranch resources in groups of no more than 10 people, as recommended by local and state leaders and the […]

Methodist Children’s Home (MCH) charter school students completed a successful week of competition during the McLennan County Junior Livestock Show, Jan. 28-31 at the Extraco Events Center in Waco. Seven FFA students had animals were selected to be shown during the Friday evening sale while the ag mechanics group placed third in sweepstakes out of […]

For more than three decades, First United Methodist Church of Grapevine has made sure every child at Methodist Children’s Home (MCH) gets a bicycle for Christmas. The giving tradition began in the late 1980s when Jim Kennebrew, who was a member of FUMC Grapevine at the time, first organized the special donation. Kennebrew recalled the […]

The MCH Boys Ranch Provides a Foundation for Youth to Thrive In 1971, MCH benefactor J.T. Stevens of Arlington provided funds for the purchase of land about 10 miles east of Waco that would be developed into the MCH Boys Ranch. According to MCH archives, the Boys Ranch was established to provide structured living and […]

Methodist Children’s Home charter school students gathered at the MCH Boys Ranch on April 18 to get a lesson on the great outdoors. Ag teachers Steve Kruse and Kevin Gibbs organized the Wildlife Expo with the help of Boys Ranch and charter school staff.  This is the second time they have hosted this event. “I […] 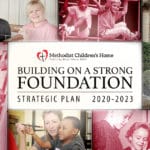