A Rich Heritage of Caring for Children

In April 1894, Rev. W.H. Vaughan, the first administrator, answered a knock on the door and found 12-year-old David Harrison, from Hill County, standing on the steps. David said, “Brother Vaughan, my name is David, and I have come to live with you.” By the end of the first year, Methodist Children’s Home provided care for 26 children.

In 1895, churches in the Texas Conference took up a special offering for Methodist Children’s Home during Christmas. The following year, churches throughout Texas provided their support during the Christmas season. This special offering continues to serve as a significant source of financial support for MCH. Rev. Abe Mulkey, a Methodist evangelist, provided much-needed support in the early years of this ministry. He and his wife, Louisa, devoted one night at each revival to tell people about the Home and donated that night’s offering to support the children. The cornerstone of the Home’s original administration building bore the following inscription: “Preached, prayed, and sung up by the Reverend Abe and Louisa Mulkey.” The cornerstone is now located in the Mulkey Memorial Garden.

Dr. Hubert Johnson, administrator from 1933-66, was instrumental in the development of the Waco campus. He replaced the original large, barrack-style dormitories with smaller cottages. The first cottage, the Lois Perkins Home, was built in 1938. Described by Dr. Hubert Johnson as “the most momentous event in the history of Methodist Children’s Home,” Joe Perkins, a philanthropist from Wichita Falls, made his first visit to MCH in 1934. As Mr. Perkins drove down Herring Avenue, he noticed children playing on the front lawn. He drove onto the campus, visited with the children and shared a bushel of apples he had in his car. This experience led to a strong friendship with Methodist Children’s Home. Mr. Perkins and his family provided substantial financial support for campus development, Christmas celebrations and the MCH endowment fund.

On May 15, 1978, Dr. Jack Kyle Daniels became the only former resident of Methodist Children’s Home to serve as its president. During his 25-year tenure, MCH developed a comprehensive program of care and became a nationally-recognized leader in childcare. Dr. Daniels entered MCH at age 2 in 1937, along with six siblings, and he lived here until he graduated from high school.

An important development in the history of MCH was the creation of the Boys Ranch in 1971. J.T. Stevens of Arlington provided the funds for the purchase of land about 10 miles east of Waco. This unique program has helped teenage boys build a solid foundation for their lives through education, a work program, FFA and other leadership opportunities. The Boys Ranch uses 500 acres for its program.

When Bobby Gilliam, a longtime childcare professional at Methodist Children’s Home, became its ninth president in 2003, he led MCH through a strategic planning process that strengthened its program and resulted in a goal to double the number of children in care from 500 to 1,000. This lofty goal was achieved in April 2008. Under his leadership, MCH continued to expand its program of care and increase the number of children served by this ministry.

Tim Brown, a veteran childcare administrator, became president of Methodist Children’s Home in 2010. Prior to becoming president, Mr. Brown held various leadership roles during 26 years of service at MCH, including vice president of community services. He led the organization to serve even more children and youth through residential group care, foster care and a variety of family and community services. In 2018, MCH served more than 6,000 individuals across Texas and New Mexico. 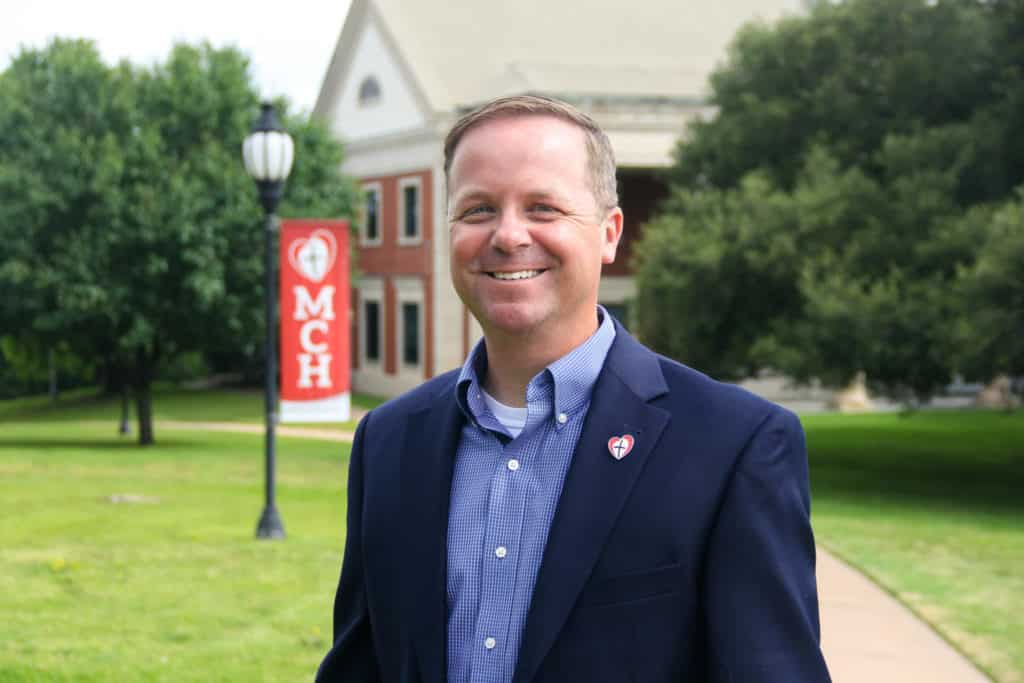 Trey Oakley was elected the 11th president of Methodist Children’s Home on May 16, 2019. Mr. Oakley has served MCH since 1999, first in the religious education department before transitioning into the development department in 2001. He served as vice president for development from 2006 until being named by the MCH Board of Directors as president and CEO, effective July 1, 2019.