Dalton: In Love with the Outdoors - Methodist Children's Home
PreviousNext 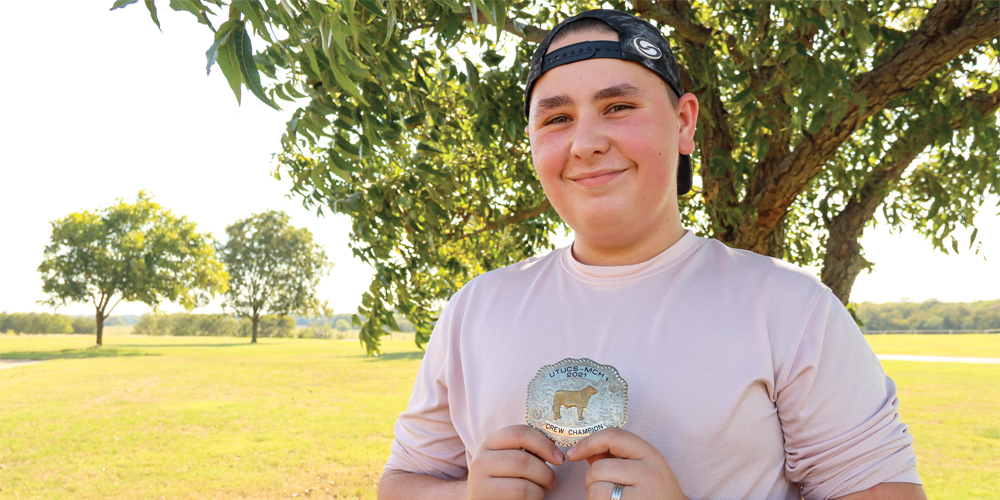 Dalton, 16, is the true definition of a Texas country boy. He grew up hunting, fishing and learning the lay of God’s land with his older brothers, parents and grandparents.

“I grew up in love with being outside all of the time,” he said.

There is plenty of space for him to do what he loves on the 500-acre MCH Boys Ranch where he lives. Dalton is a tough young man, but those closest to him agree he has a gentle soul.

“Dalton has a big heart and cares deeply for others,” said LeAnn Cumby, Dalton’s home parent.

Now a sophomore at the charter school on the Waco campus, Dalton came to MCH in early 2020.

“I was really shy and didn’t talk to many people at first,” Dalton said. “I would stay in my room for days at a time. I have definitely made friends since then.”

LeAnn Cumby and her husband, Dennis, have watched Dalton grow into a responsible and respectful young man.

“Dalton always asks us if we need help with anything and sometimes he will just do things for us around the house without being asked,” LeAnn said.

“I would take a house full of kids like Dalton any day,” Dennis added.

“Most of us seek approval from our peers, but Dalton is not like that,” said Tim Price, director of outdoor education and recreation. “His self-worth stems from the good, hard work he does.”

When Dalton is finished with his schoolwork or work at the Ranch, he takes every opportunity to share what he knows with other youth.

“I’ll help anyone with anything – they just have to be willing to learn,” Dalton explained.

“I call him my junior Ag teacher,” Steve Kruse, the Ag teacher at the charter school, said with a laugh.

Dalton met Kruse at the McLennan County Junior Livestock Show in 2020 before he became a resident at MCH. Dalton and his family were supporting his older brother, who lived at the Boys Ranch at the time, as he presented at his final livestock show before graduating.

“When I met Dalton for the first time, he had a big ol’ cowboy hat on and he was gung-ho and ready to come to MCH to be part of the Ag program,” Kruse said.

Dalton expressed an interest in steers and told Kruse he wanted to raise one himself to present at his first stock show. First-year students do not typically show steers, but Kruse believed in Dalton’s motivated spirit. Dalton went on to win the Steer Crew Champion belt buckle for 2021.

“He’s like a sponge,” Kruse said. “Dalton absorbs everything you tell him and he puts in extra time to learn.”

At MCH Dalton learned to weld and helped create the aquaponics lab at the Boys Ranch, an agricultural cycle where fish and plants are fed and fertilized by each other. He enjoys tending to a variety of livestock and has become a skilled horseman. Dalton’s care for animals has helped him develop a special bond with his horse, Heather, and his next show pig.

“I put myself in their pen,” Dalton said. “If I were an animal, I would want someone to care for me every day. They know they can trust me and I trust them.”

Dalton applies the same interpersonal skills with other people.

“Dalton’s ability to recognize that kind of correlation at his age is such a big lesson as he grows into a man,” said Shawna Damiani, his case manager. “It is great to see Dalton flourish in his interests and learn how to work with others.”

Dalton’s greatest aspiration after graduation is to become a Texas game warden.

“I want to protect wild game,” he said. “I know how to hunt the right way. I have witnessed poachers and I want to help eliminate that problem.”

Dalton and his mentors know the invaluable lessons learned at MCH will help him continue to experience life to the fullest.

“The people working at MCH are more than just a staff,” Dalton said. “I know I can go to them any time and for that I am grateful.”