The Methodist Children’s Home Alumni Association (MCHAA) gathered in Waco during the Easter weekend to celebrate its annual homecoming reunion. The homecoming tradition began in 1921 as a way to help former residents remain connected to their friends and the ministry, making this the 101st anniversary of the first gathering. Alumni and their families held […]

WACO, Texas — Les Leskoven of Corsicana, Texas, has been elected Chairperson of the Board of Methodist Children’s Home (MCH), a 132-year-old social service nonprofit based in Waco. Leskoven has been a member of the MCH Board of Directors since 2018. His term as Chairperson begins in June. Leskoven follows Barbara Bauernfeind of Lubbock, Texas, […]

Welcome to ONE MCH

Methodist Children’s Home has ministered to children, youth and families for 130 years. MCH began the next chapter of its legacy with the unveiling of a three-year strategic plan in July. The theme of the plan is “Building on a Strong Foundation.”

Representatives from the Karyn Purvis Institute of Child Development (KPICD) at Texas Christian University visited Methodist Children’s Home in Waco on Wednesday, March 30, 2022, to hear how MCH utilizes Trust-Based Relational Intervention (TBRI) in its training and program service implementation. TBRI is an attachment-based, trauma-informed intervention designed to meet the complex needs of vulnerable […]

A big response in the Big Country! The MCH Family Outreach office in Abilene participated in the Greater-Abilene Foster Care Simulation February 21, 2022. The event, produced by Big Country CASA, was the first of its kind in Texas.

MCH students and day students at the University of Texas–University Charter School participated in a first of its kind “Reality Check” event.

Congratulations to our MCH ag students at the University of Texas—University Charter School who participated in the McLennan County Junior Livestock Show this week.

Preparing for the Future

Students attending the University of Texas—University Charter School on the Waco campus of Methodist Children’s Home have numerous opportunities to prepare for the future at a two-year community college, four-year university, vocational school, or the workforce.Two such opportunities for youth to learn workplace preparedness and receive actual job certifications are the Greater Waco Advanced Manufacturing Academy (GWAMA) and the Greater Waco Advanced Health Care Academy (GWAHCA).

Not long after Andrew and Lindsay Hanks had their second child, Lindsay brought up the idea of becoming foster parents. “He did laugh,” Lindsay said. “He definitely was not there. But Andrew did say he’d be open to it down the road if God led us in that direction.” The couple moved forward with certification and opened their home to children in need.

“Yamilex never meets a stranger,” Clarence Degrate, coordinator of the Methodist Children’s Home Day Student program, said with a smile. “She wants to connect with you. It is nice to have that bright light at the charter school every day.” Connecting is something Yamilex, affectionately known as “Yami,” has learned to do well. The 17-year-old admitted her journey has not been easy, but she is motivated to reach her goals. 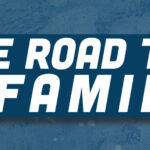 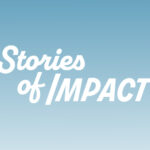 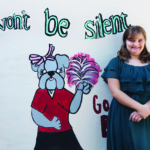 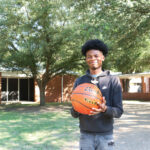 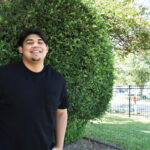