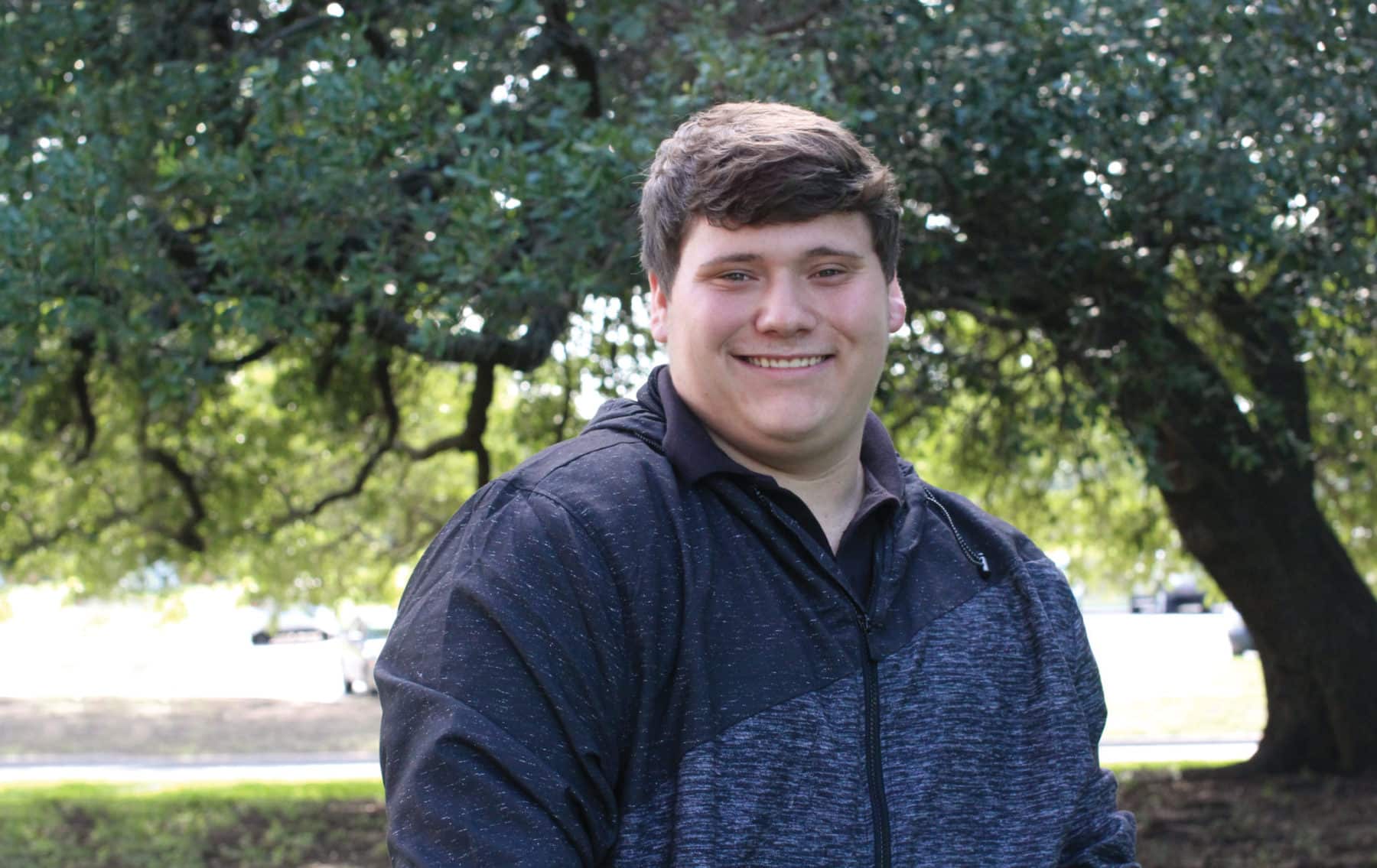 Creative, intelligent, outgoing, and humble are just a few of the words used by to describe 17-year-old Jack.

Before coming to Methodist Children’s Home in 2016, Jack was living a life full of frustration at home and at school. But in the last two years he has matured and overcome some of his previous struggles.

“I had been angry since I was young,” said Jack. “As I got older I started lashing out. I had learned that my dad was sick, I wasn’t doing well at school and I didn’t really have an outlet for any of it, so I would just walk around mad. I finally hit a point where I knew I wanted to change and I knew I needed help to do that.”

Jack began searching for help. He attended a youth group, spoke with counselors and did his own research, all of which led him to MCH.

“I just knew MCH would be good for me, and it has been,” said Jack. “When I came here I realized that there was no reason what was going on in my life should bring me down. I decided to fight through the anger and to do things that would make me happy.”

“I am so proud of Jack and his accomplishments,” said Suzanne Frerich, director of transition services, who served as Jack’s home life manager for nearly a year and a half. “He has been able to recognize his challenges and ask for help, which most people struggle with. Jack is mature beyond his years and is willing to make positive changes to help himself grow.”

During his journey with MCH, Jack has taken many opportunities to try new things and to embrace joy. Jack has helped with the MCH football team, attended Glen Lake and Shepherd of the Ozarks (SOTO) camps, joined the theater group, and placed first in the All-Star Cast category at the Texas Christian Athletic Fellowship (TCAF) theater competition during the 2017-2018 school year.

Additionally, Jack serves as a teacher’s aide at the MCH charter school, studies electronics and robotics thorough the Greater Waco Advanced Manufacturing Academy (GWAMA), a dual-credit program through Waco ISD, and plans to graduate in May 2019 with a GPA of 3.7 or higher.

Jack said he hopes to attend Texas State Technical College (TSTC) for two years and later transfer to Baylor University, Texas Tech University or The University of Texas at Austin to study robotics engineering or history.

“Jack maintains a tenaciously positive attitude which allows him to persevere through tough situations,” said Gabe Garcez, recreation assistant and theater instructor. “Jack has grown in confidence as well as the ability to overcoming any anxieties on and off the stage.”

Jack said MCH has helped him become hopeful for his future.

“I’ve honestly never questioned my decision to come to MCH,” said Jack. “Since being at MCH I’ve been opened to see the good in things. I had good things at home in my past, but I can see now that anger tends to cloud and block good things out. That is what my life was once like. Now I basically have another family here. I am a much happier and relaxed version of myself. I feel believed in and I am excited for what is to come.” •