Congratulations to our Bulldogs and Lady Bulldogs on a great fall season!

For more than three decades, First United Methodist Church of Grapevine has made sure every child at Methodist Children’s Home (MCH) gets a bicycle for Christmas. The giving tradition began in the late 1980s when Jim Kennebrew, who was a member of FUMC Grapevine at the time, first organized the special donation. Kennebrew recalled the […]

FFA students from the MCH charter school competed in the Crawford FFA livestock show in Clifton, Texas, on Oct. 26 followed by the Holiday Classic at the Bell County Expo Center on Nov. 2-3. The students began working with their animals in August during classes led by agriculture science teachers Steve Kruse and Kevin Gibbs. […]

Summer is a special time for our youth and families at MCH to have fun and enjoy special occasions with those around them. Our young people served through the residential program have opportunities to enjoy a full schedule of recreational activities, overnight camps, mission trips, and community service.

We had a wonderful time during our 2019 MCH Alumni Homecoming! Each year since 1921 our alumni have returned home during Easter for a weekend of fellowship, shared meals, and worship. (Click on an image below to launch slideshow)

Congratulations to our 29 MCH students who earned their high school diplomas on May 25! We are very proud that all 29 graduates have been accepted to two- or four-year colleges or vocational/technical schools, where they will be further supported by scholarship funds made possible by our generous benefactors.

Youth on our Waco campus spend their summer building friendships and engaging in new opportunities. Enjoy these photos of all the fun had during an MCH summer!

Support from our Friends Methodist Children’s Home is blessed with many friends who support our mission to serve children, youth and families during the Christmas season. Because of generous donations during the holidays, every child on our residential campuses has presents under the tree. Volunteers spend hours wrapping each gift and other volunteer groups help […] 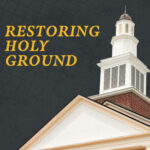