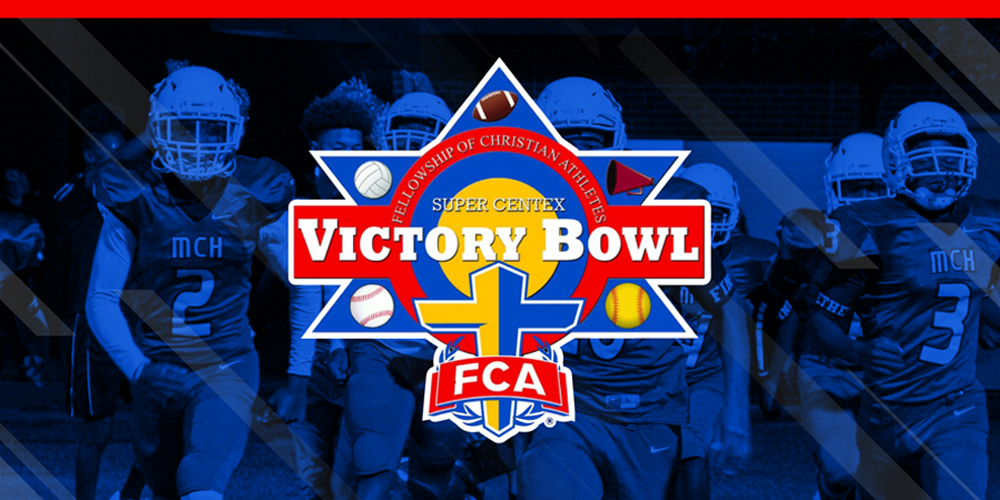 Dremon and Joseph, members of the MCH Bulldogs six-man football team and recent high school graduates, will represent Methodist Children’s Home in the 2020 Fellowship of Christian Athletes (FCA) Victory Bowl all-star game on June 6. The game will have a unique twist this year to account for restrictions due to COVID-19.

The FCA Victory Bowl games are Central Texas all-star games of multiple sports made up of graduating seniors from the 12-county area the Heart of Texas FCA covers, which includes 100 high schools of every classification. In addition to a football game, Victory Bowl games are held for volleyball, baseball, softball, and golf. Players are nominated by their coaches and are selected by each of the Victory Bowl coaching staffs.

Since football is still sidelined due to COVID-19, each football player selected for the Victory Bowl will be recreated as a player on the “Madden 2020” football video game and FCA will livestream a computer simulation of the competition at 6 p.m. on June 6, complete with in-game commentary from the FCA’s announcers.

“It is a huge honor for Dremon and Joseph to be selected amongst the best football players across Central Texas to represent MCH in the FCA Victory Bowl,” said Matt Rodgers, MCH athletic director and head football coach. “Dremon played four seasons with the MCH football team and is a two-time 1st Team Super Centex selection. He leaves MCH as the all-time leader in receiving yards, touchdowns and interceptions.

“Joseph only played one season, but made a big impact on the football team,” Rodgers said. “He was selected as a 1st Team All-District defensive end and was the District Newcomer of the Year.”

Rodgers said this is the sixth year a player from MCH has been selected to play in the Victory Bowl and Dremon and Joseph are the eighth and ninth MCH alumni to represent MCH – and the first to become players in a Madden video game.

Typically, Victory Bowl week begins the Wednesday before the game and is filled with service projects, entertainment, practices, and clinics, all of which are cancelled this year.

“I am sad that Dremon and Joseph will not be able to experience the week of FCA Victory Bowl, but their selection is still very special,” Rodgers said. “Dremon and Joseph are great men of character and I am proud to have them represent MCH and the MCH football team. God has big plans for them.”

Player profiles are featured in the Victory Bowl promotional publication:

The person that you most admire and why: Matt Rodgers. He is a good coach and he is an outstanding person

One word that best describes you: Athletic

Quote/Verse that inspires you: Philippians 4:13

Best high school memory: Playing football and hanging out with the team

In 10 years I would like to be: Owning my own business

Who is your favorite athlete: Saquon Barkley

One word that best describes you: Smart

The person you most admire and why: My dad and my Uncle D because they are the most hardworking, determined, loving people I know