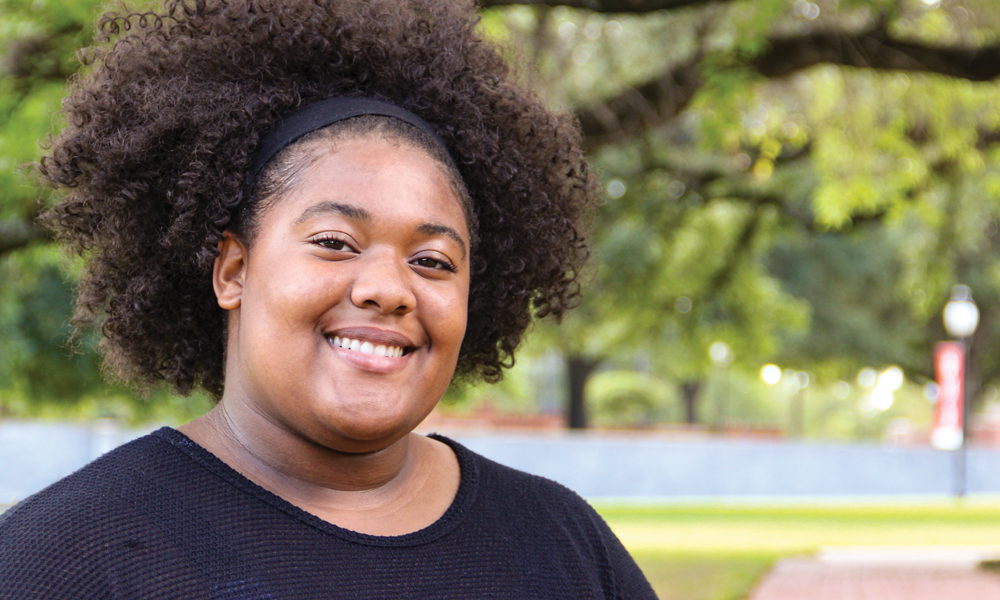 It hasn’t always been an easy process, but Rainn has turned hard times into learning experiences and used them to become stronger.

At age 11, Rainn and her sister were removed from an abusive home by Child Protective Services. For the next few years, they moved between foster homes before ending up at an emergency shelter in 2015. It was there they learned about Methodist Children’s Home. Rainn said she saw pictures of the Waco campus and was excited to find out she could live there.

“My journey was rough, but getting to MCH put a brighter perspective on my life,” Rainn said. “There was more than what the world had shown me. There were still good people; people who cared. It was good, and I was happy.”

Rainn lived at MCH for three years before graduating as salutatorian from the charter school in May 2018.

Rainn decided to enroll in Navarro College in Corsicana, Texas, following graduation. She made the Dean’s List and built connections through choir and a part-time job. In December she will receive an associate’s degree in applied science.

Crystal Anthony, transition services coordinator, worked with Rainn to develop her post-graduation plans. With guidance from Anthony, Rainn has become more independent and confident during her time in college.

“Rainn has matured a lot since I started working with her,” Anthony said. “When she went to college I think it was an eye-opener for her, but she was stronger than she thought. It was a good fit for her and I’m proud of her.”

After receiving her associate’s degree, Rainn plans to move to Fort Worth to pursue a bachelor’s degree in nursing. She also hopes to become a foster parent in the future to provide children with opportunities like she had at MCH. She looks back on her time at MCH fondly and is grateful for experiences like attending football games, making new friends and getting a part-time job in the community. She wants her story to inspire other children going through tough times.

“Even though I came from a broken situation and didn’t have the best start in life, through all of the struggles that I faced, I didn’t give up,” Rainn said. “I would tell anyone that whatever your situation, you can choose to complain about the way you started out or you can choose to make it to your finish line.”