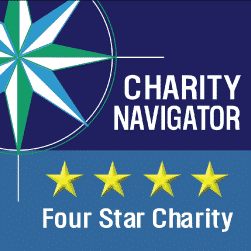 once again received a four-star rating from Charity Navigator, according to Trey Oakley, president/CEO of MCH, a Waco-based social service ministry.

“We are committed at Methodist Children’s Home to extend excellence in all that we do, whether through our services and programs for children, youth and families across Texas and New Mexico, or by the way we engage with faithful benefactors who support our ministry,” Oakley said. “Receiving this recognition from Charity Navigator is an acknowledgment of our commitment and further communicates to the public that we hold ourselves to the highest standards of integrity.”

Thatcher explained that donors today desire greater accountability, transparency and concrete results from charity evaluators, and “the intent of our work is to provide donors with essential information to give them greater confidence in both the charitable decisions that they make and the nonprofit sector.”

“Because of this designation, our faithful supporters can partner with us in confidence and trust,” Oakley said. “We are grateful for this affirmation of our ministry.”