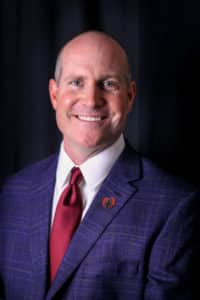 Lyle Mason, former executive director of the Magnolia Foundation, has been named vice president for development at Methodist Children’s Home (MCH). Mason began his new role at MCH on Sept. 9.

Mason worked previously at MCH, joining the Development team in 2010 as a fundraiser. He was promoted in 2012 and served four years as director of benefactor relations.

In 2016, Mason joined Chip Gaines, his longtime friend, to create and then manage the Magnolia Foundation. He served as executive director of the foundation and fulfilled additional roles within the ever-expanding Magnolia organization. While he fulfills his responsibilities as vice president for development at MCH, he will also remain on the Board of Directors of Magnolia Foundation.

“Those who know Lyle are aware of his abilities and passion for inspiring others to support MCH,” said Trey Oakley, president and CEO of MCH. “Those who have not met Lyle will see this for themselves when he joins an already strong Development team.”

Among his responsibilities at MCH, Mason will lead all fundraising efforts including the Building Hope capital campaign on the Waco residential campus, and he will cultivate relationships with benefactors and churches in communities around Texas and New Mexico to support the mission of MCH.

Mason was born and raised in San Antonio. He earned the bachelor of business administration degree from Baylor University and a master’s degree in biblical studies from Dallas Theological Seminary. He and his wife, Denise, have been married for 21 years and have three children: Hannah, 19; Luke, 17; and Justin, 12.