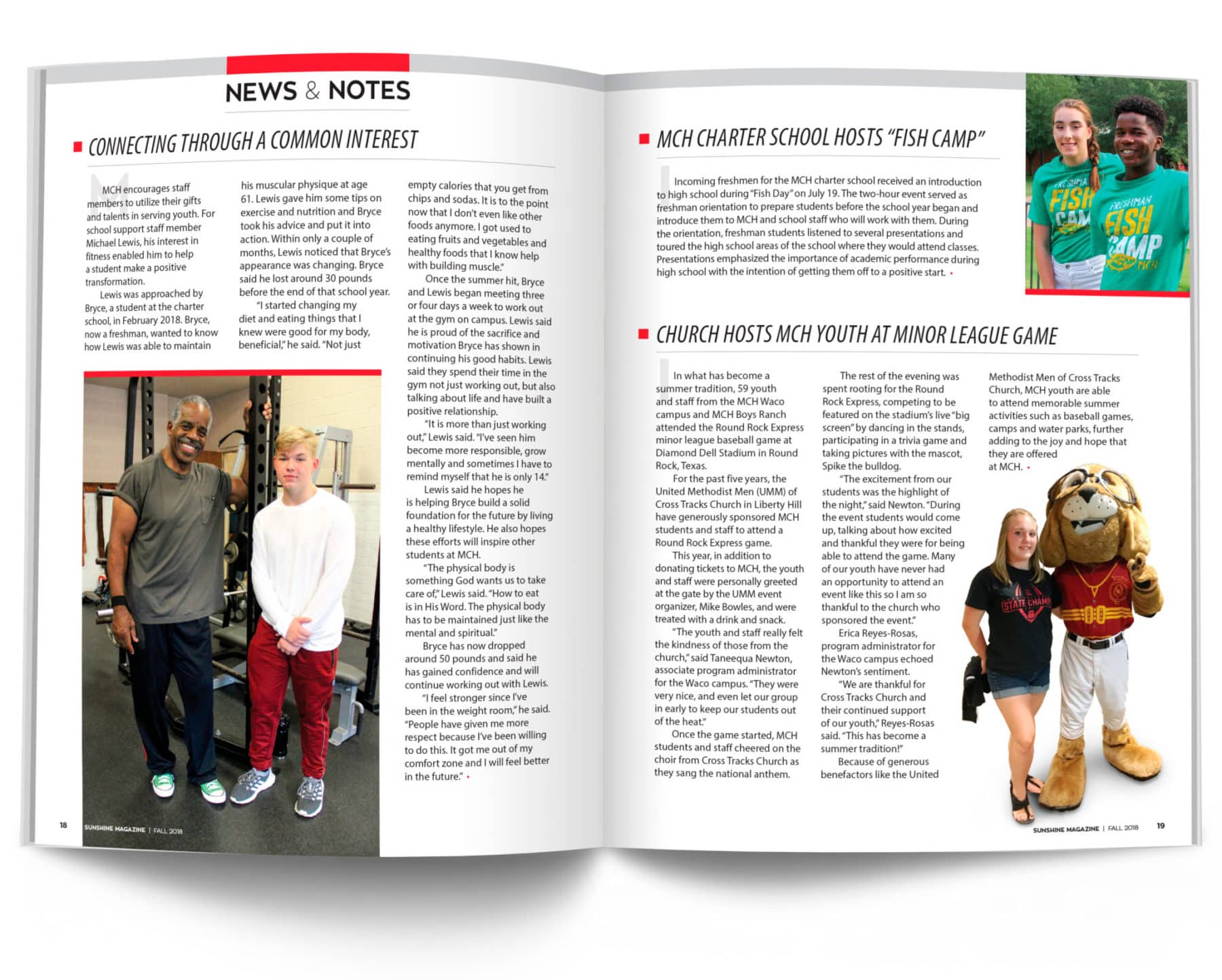 Connecting Through a Common Interest

MCH encourages staff members to utilize their gifts and talents in serving youth. For school support staff member Michael Lewis, his interest in fitness enabled him to help a student make a positive transformation.

Lewis was approached by Bryce, a student at the charter school, in February 2018. Bryce, now a freshman, wanted to know how Lewis was able to maintain his muscular physique at age 61. Lewis gave him some tips on exercise and nutrition and Bryce took his advice and put it into action. Within only a couple of months, Lewis noticed that Bryce’s appearance was changing. Bryce said he lost around 30 pounds before the end of that school year.

“I started changing my diet and eating things that I knew were good for my body, beneficial,” he said. “Not just empty calories that you get from chips and sodas. It is to the point now that I don’t even like other foods anymore. I got used to eating fruits and vegetables and healthy foods that I know help with building muscle.”

Once the summer hit, Bryce and Lewis began meeting three or four days a week to work out at the gym on campus. Lewis said he is proud of the sacrifice and motivation Bryce has shown in continuing his good habits. Lewis said they spend their time in the gym not just working out, but also talking about life and have built a positive relationship.

“It is more than just working out,” Lewis said. “I’ve seen him become more responsible, grow mentally and sometimes I have to remind myself that he is only 14.” 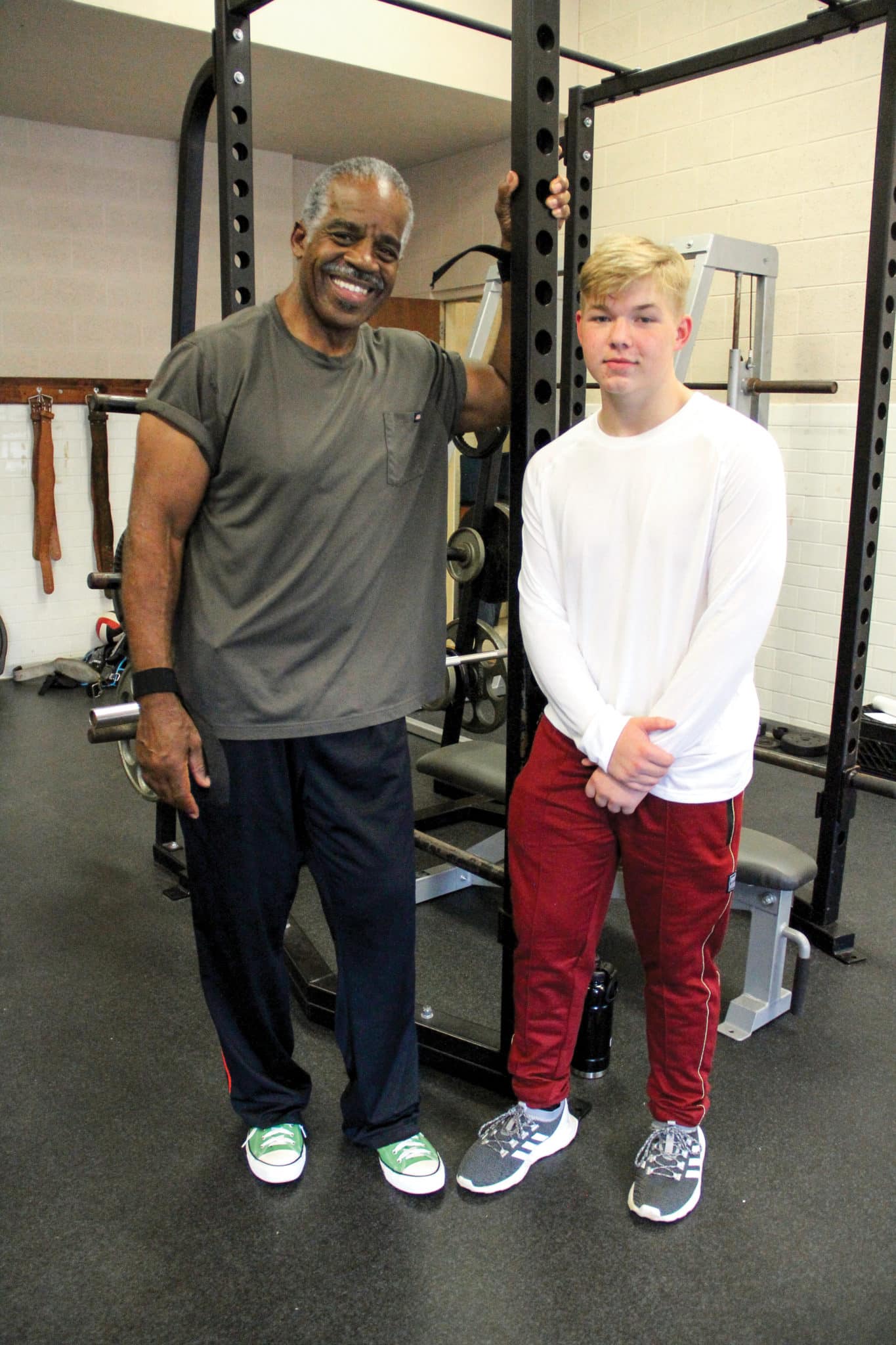 Lewis said he hopes he is helping Bryce build a solid foundation for the future by living a healthy lifestyle. He also hopes these efforts will inspire other students at MCH.

Bryce has now dropped around 50 pounds and said he has gained confidence and will continue working out with Lewis.

“I feel stronger since I’ve been in the weight room,” he said. “People have given me more respect because I’ve been willing to do this. It got me out of my comfort zone and I will feel better in the future.” • 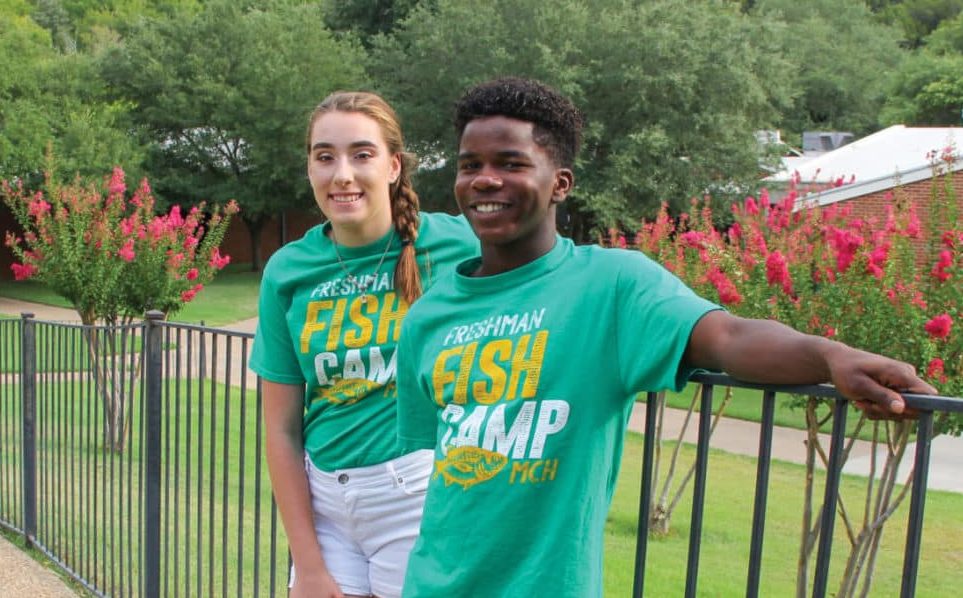 Incoming freshmen for the MCH charter school received an introduction to high school during “Fish Day” on July 19. The two-hour event served as freshman orientation to prepare students before the school year began and introduce them to MCH and school staff who will work with them. During the orientation, freshman students listened to several presentations and toured the high school areas of the school where they would attend classes. Presentations emphasized the importance of academic performance during high school with the intention of getting them off to a positive start.  •

In what has become a summer tradition, 59 youth and staff from the MCH Waco campus and MCH Boys Ranch attended the Round Rock Express minor league baseball game at Diamond Dell Stadium in Round Rock, Texas.

For the past five years, the United Methodist Men (UMM) of Cross Tracks Church in Liberty Hill have generously sponsored MCH students and staff to attend a Round Rock Express game.

This year, in addition to donating tickets to MCH, the youth and staff were personally greeted at the gate by the UMM event organizer, Mike Bowles, and were treated with a drink and snack.

“The youth and staff really felt the kindness of those from the church,” said Taneequa Newton, associate program administrator for the Waco campus. “They were very nice, and even let our group in early to keep our students out of the heat.”

Once the game started, MCH students and staff cheered on the choir from Cross Tracks Church as they sang the national anthem.

The rest of the evening was spent rooting for the Round Rock Express, competing to be featured on the stadium’s live “big screen” by dancing in the stands, participating in a trivia game and taking pictures with the mascot, Spike the bulldog. 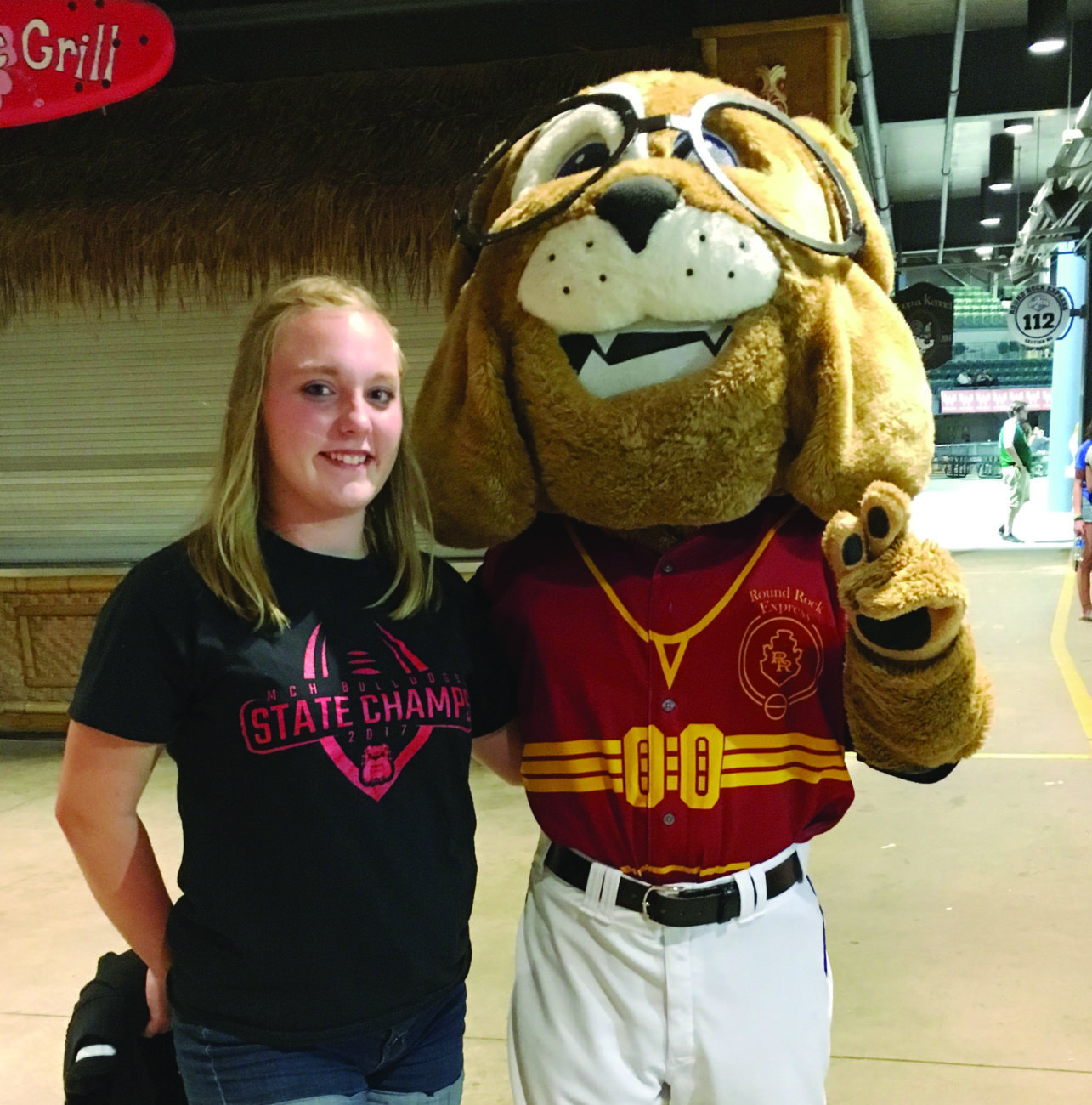 “The excitement from our students was the highlight of the night,” said Newton. “During the event students would come up, talking about how excited and thankful they were for being able to attend the game. Many of our youth have never had an opportunity to attend an event like this so I am so thankful to the church who sponsored the event.”

“We are thankful for Cross Tracks Church and their continued support of our youth,” Reyes-Rosas said. “This has become a summer tradition!”

Because of generous benefactors like the United Methodist Men of Cross Tracks Church, MCH youth are able to attend memorable summer activities such as baseball games, camps and water parks, further adding to the joy and hope that they are offered at MCH. •