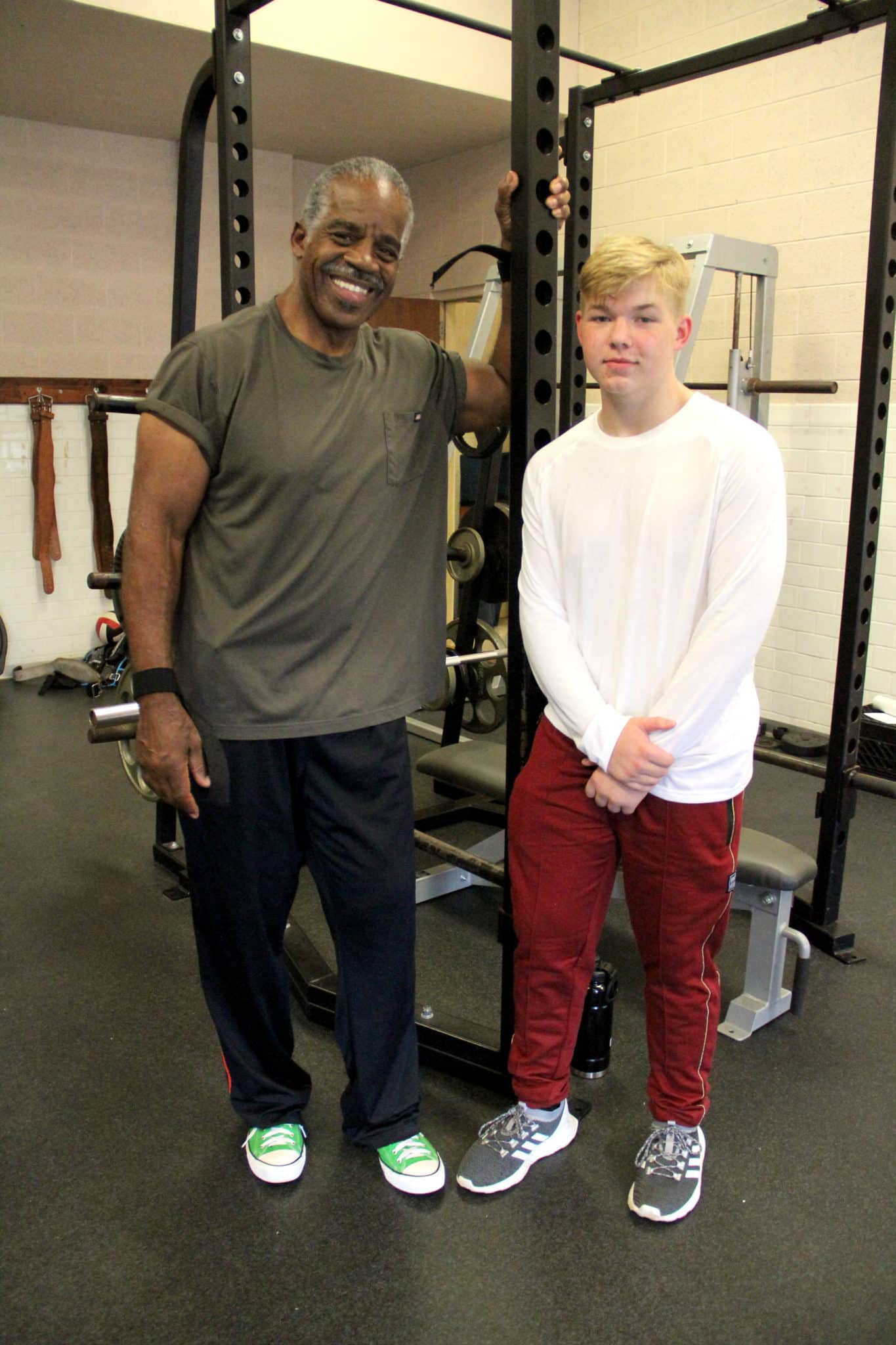 MCH encourages staff members to utilize their gifts and talents in serving youth. For school support staff member Michael Lewis, his interest in fitness enabled him to help a student make a positive transformation.

Lewis was approached by Bryce, a student at the charter school, in February 2018. Bryce, now a freshman, wanted to know how Lewis was able to maintain his muscular physique at age 61. Lewis gave him some tips on exercise and nutrition and Bryce took his advice and put it into action. Within only a couple of months, Lewis noticed that Bryce’s appearance was changing. Bryce said he lost around 30 pounds before the end of that school year.

“I started changing my diet and eating things that I knew were good for my body, beneficial,” he said. “Not just empty calories that you get from chips and sodas. It is to the point now that I don’t even like other foods anymore. I got used to eating fruits and vegetables and healthy foods that I know help with building muscle.”

Once the summer hit, Bryce and Lewis began meeting three or four days a week to work out at the gym on campus. Lewis said he is proud of the sacrifice and motivation Bryce has shown in continuing his good habits. Lewis said they spend their time in the gym not just working out, but also talking about life and have built a positive relationship.

“It is more than just working out,” Lewis said. “I’ve seen him become more responsible, grow mentally and sometimes I have to remind myself that he is only 14.”

Lewis said he hopes he is helping Bryce build a solid foundation for the future by living a healthy lifestyle. He also hopes these efforts will inspire other students at MCH.

Bryce has now dropped around 50 pounds and said he has gained confidence and will continue working out with Lewis.

“I feel stronger since I’ve been in the weight room,” he said. “People have given me more respect because I’ve been willing to do this. It got me out of my comfort zone and I will feel better in the future.”