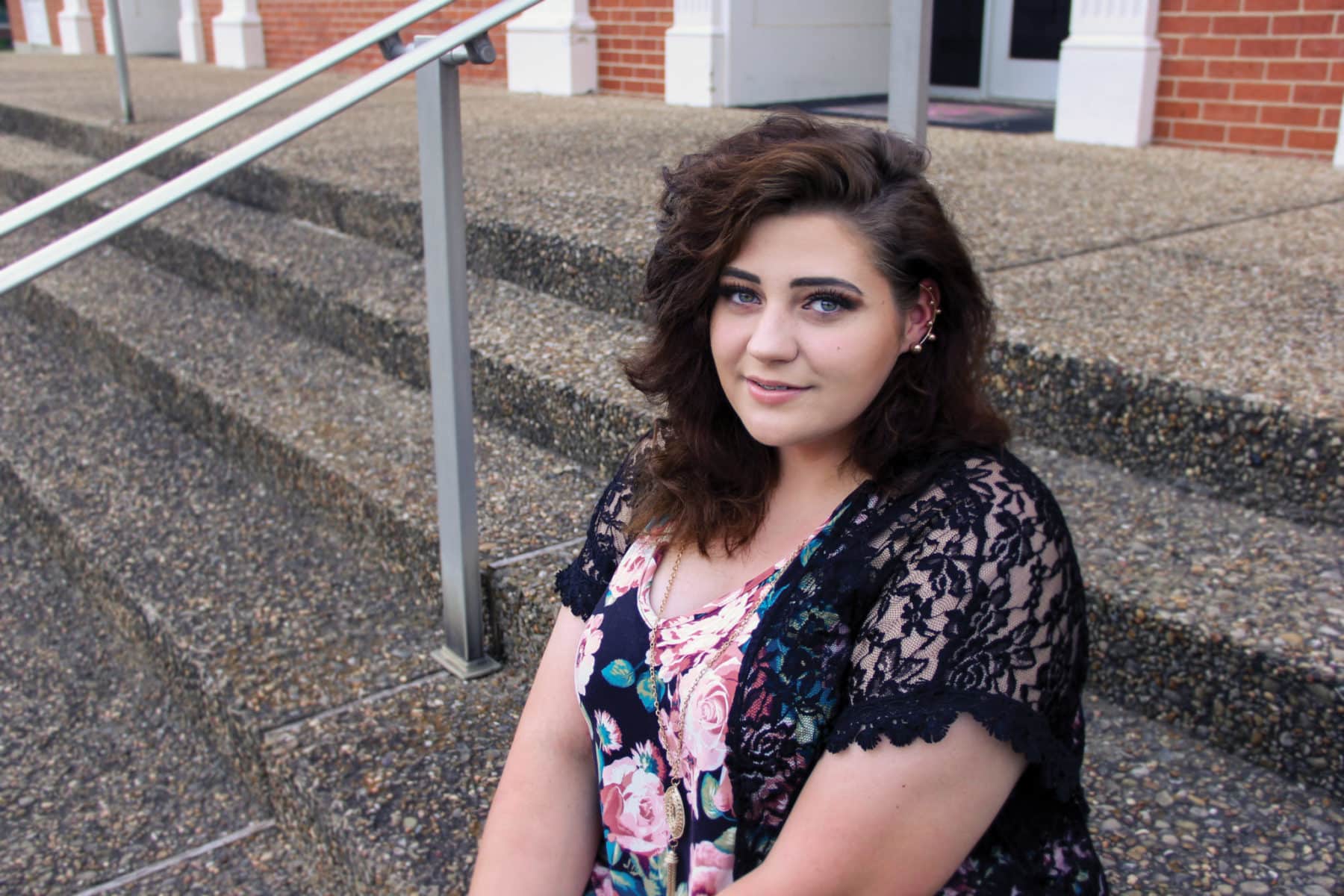 Arianna has persevered. She is resilient. She didn’t let her struggles bring her down but has used those experiences to lift herself up.

Arianna, or “Ari” to her friends, lost her mother in a car accident when she was only 7 months old. After her mother’s death, she was placed into the care of her father, a situation later discovered to be abusive. She was removed from the home at age 8.

Ari’s grandmother took her in, but after her grandmother suffered strokes and her health deteriorated, Ari, only 10 years old, assumed the role of caretaker.

“I had to grow up fast,” Ari said. “I didn’t talk about it with anyone, because for me it was embarrassing.”

Ari was removed from her grandmother’s home and went through several foster homes before being adopted at age 12 by a family friend. She said even though the relationship with her adoptive mother wasn’t perfect, she yearned for stability. But they continued to fight and Ari became very depressed, especially after her grandmother died. As her situation worsened, Ari said she knew it was time to leave. After meeting with Child Protective Services to determine her options, Ari discovered an opportunity for a fresh start at Methodist Children’s Home.

Ari moved to MCH in 2016. Marchelle Sabido-Villa, unit manager at Ari’s home, said Ari has had a drastic transformation.

“Ari is a testimony to our MCH mission,” Sabido-Villa said. “When I first met Ari, she was a fragile young lady in pain, afraid to make connections with people and feeling hopeless. With time, the hard work of our staff and the use of TBRI*, I am proud to say Ari has developed healthy, trusting connections with staff and peers.”

“Coming here gave me a new outlook,” Ari said. “I feel like I can talk about my problems without being judged. Instead of sitting back and watching stuff happen, I’m able to step up and act.”
At the MCH charter school, Ari earned all A’s and became active in athletics. This fall she will begin her senior year and study design and construction through the Greater Waco Advanced Manufacturing Academy (GWAMA), a dual-credit program through Waco ISD. She also balances a part-time job at a retail shop.

“Ari is a child who has found hope,” Sabido-Villa said. “Her purpose is coming to fruition.”

After high school, Ari hopes to work as a certified project manager in design, while simultaneously working toward a degree in social work so she can help others.

“I’ve learned so many skills here,” Ari said. “I’ve been opened up to different things that, had I been at home, I would have never thought about or experienced.”

Ari said she is grateful that she found a “brick foundation to build upon” at MCH and is grateful for the opportunities, growth and healing she has experienced. Although she has dealt with a lot of adversity, Ari used those experiences and her time at MCH to become a stronger person.

“Before coming here I didn’t care; I was very angry,” she said. “But now I am able to feel compassion and love. Somebody who is sitting there saying, ‘You’re doing a good job – keep going,’ brought those emotions back to me. I’ve been able to excel in these programs. Being here has actually made me a happier person.” •