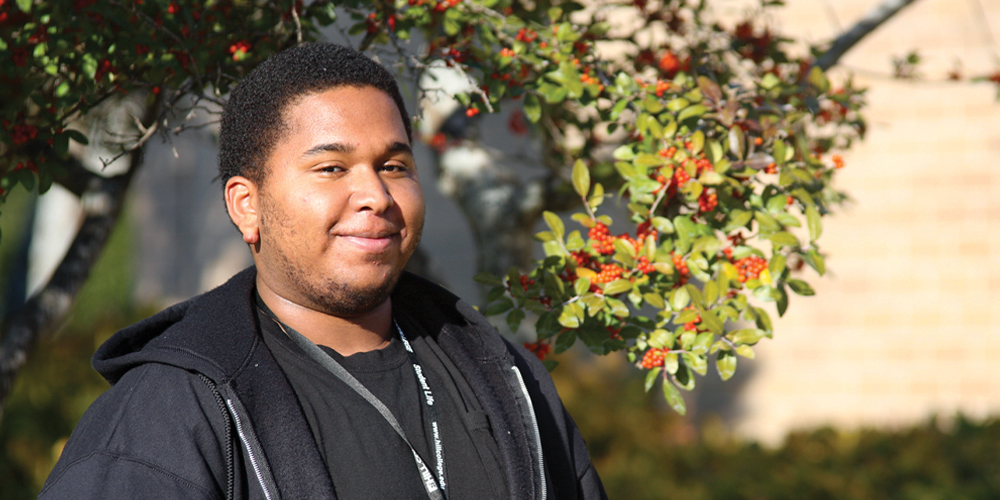 The day before Methodist Children’s Home became Malcolm’s new home, he had a sleepless night, worried he might miss his admissions appointment the next morning. Accountability and punctuality were values his military father instilled in him at an early age and would be what he relied on as he navigated the path that led him to MCH.

Malcolm’s parents both died when he was teenager. Shortly afterward, the city repossessed his childhood home, leaving him and his siblings homeless. Without legal guardianship or stable housing, Malcolm and his younger sister, as minors, decided MCH was their best hope to get connected to a support system and complete their high school education.

When he arrived at the MCH Boys Ranch in 2009, Malcolm was determined to adjust to his new environment and meet the expectations of the program.

“I was personally driven to make it work and take advantage of the resources available,” he explained.

Malcolm quickly gained the trust and respect of MCH staff which opened opportunities for him to pick up extra jobs at the Boys Ranch and in the community. He admitted that a full day of house chores, school, dinner, work crew, and dining hall duty did not leave him much time to get distracted.

“There were probably easier ways to make money and spend my time, but the hard work kept me focused,” he said.

Malcolm’s gratitude for MCH goes beyond the care he received during his most vulnerable times. He said one of the best gifts MCH provided him was access to opportunities.

“I learned that you have to do your part to achieve your ambitions,” he said. “I worked hard for my success, but I give credit to MCH for providing opportunities that enabled me to execute my educational and financial goals.”

Ken Alexander, case manager for transition services, worked with Malcolm during his senior year to help him design a post-graduation plan. He described Malcolm as caring, resilient, reliable, and motivated.

“He is a true leader who takes care of his commitments for the benefit of those around him,” Alexander said.

Malcolm graduated from the University of Texas Charter School at MCH and earned a band scholarship at a community college. Although he was a good student, he chose to take an extended break from school to focus on his finances. He shared that the most rewarding job he held at that time was with an organization that cared for children and young adults with special needs.

“The special needs world requires a lot of love and care,” Malcolm said, adding that some individuals in this community are often disregarded because of their disability.
In his role as a caregiver, Malcolm would often brighten his clients’ day by bringing them fun socks. He considered this small gesture as a way to be a light in the darkness, paying forward what MCH had done for him.

“Similar to my story, MCH played a short, but important role by putting socks on my feet and clothes on my back when I needed it most,” he said.

Alexander remained connected with Malcolm during this time and encouraged him to complete his education.

“I am not finished yet, but I know I can always count on MCH to welcome me back with a warm hug,” Malcolm shared. “My family is my foundation, but MCH is my home.”