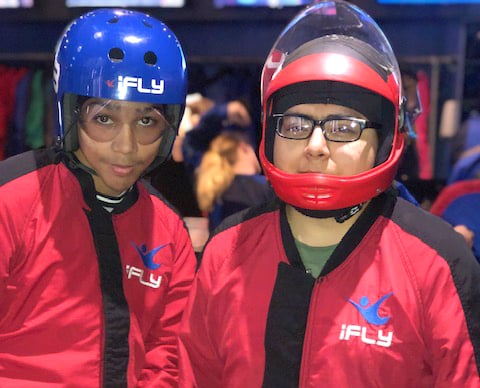 Students from the Methodist Children’s Home (MCH) charter school in Waco flew through the air and faced their fears during a field trip they will never forget. Juniors and seniors from Leisa Patterson’s financial math class learned lessons in velocity and engineering during their visit on April 3 to iFly, an indoor flying experience in Austin. The charter school is operated in partnership with The University of Texas-University Charter School system and is located on the Waco campus of MCH.

Patterson planned the field trip with the help of her student Roger who initially suggested the trip. Patterson said Roger and his classmates were very excited for the opportunity to “fly.”

At the iFly center, students first attended a class to learn about the science and math behind being able to float, having to calculate the area of their body and then use that, as well as other scientific measurements, to estimate the amount of wind speed necessary to keep them afloat. After the lesson, they learned hand signals they would use to communicate during their flight. Finally, each student suited up in a flight suit, helmet and goggles to take their turn with a flight instructor in the wind tunnel.

“Most of the students did very well and all the students at least tried it,” Patterson said. “This was very big for them because many were hesitant and scared to try, but they all did. Overcoming their fear was a huge milestone for many.”

At the conclusion of the trip, the students received a goodie bag with a shirt and other items to remember their experience.

“I am very thankful for being allowed to take my financial math classes on this field trip,” Patterson said. “It not only gave each student a new experience to remember, but it helped them face and conquer their fears. More importantly though, they were also able to see how the math and science are applied in the real world which is something we are always striving to impress on the kids.” 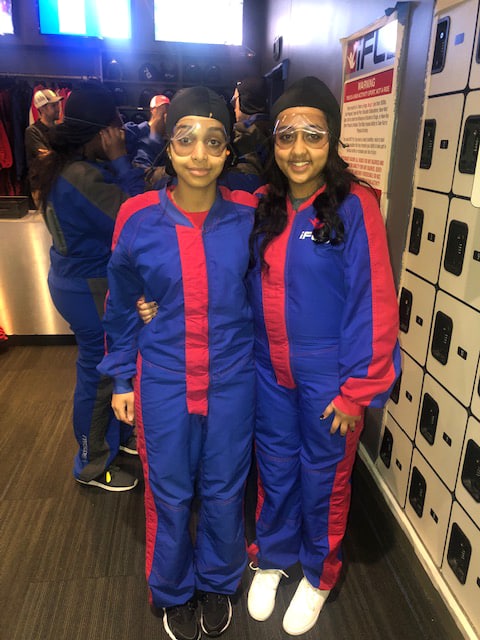