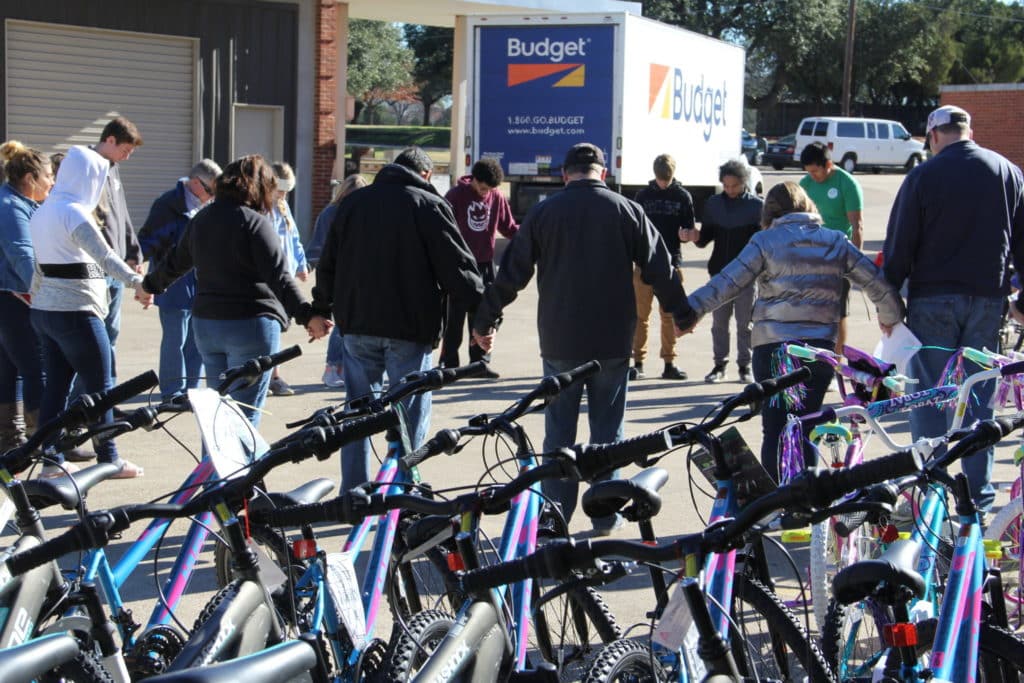 Thanks to the generosity of First United Methodist Church of Grapevine, children and youth at Methodist Children’s Home (MCH) were blessed once again with bicycles for Christmas. The annual donation of bicycles from FUMC Grapevine is a long-standing tradition at MCH, dating back to the late-1980s.

Whether they are served on the Waco campus, MCH Boys Ranch or through one of the 13 MCH Family Outreach offices, FUMC Grapevine makes sure every child that wants a bicycle will receive one in time for the holidays. This year 114 children received a bicycle and helmet.

This tradition began when FUMC Grapevine member Jim Kennebrew thought back and recalled his best Christmas as a child was when he received his first bicycle and decided he wanted to pass on that joy to the children at MCH. He approached his Sunday school class with the idea to refurbish bicycles and give them as gifts to MCH at Christmas, an idea that blossomed into a church-wide campaign.

The process begins each year in October when the church contacts MCH to determine a number of desired bicycles. FUMC Grapevine then negotiates costs with local retail stores and purchases the bicycles. On a Friday in early December, church members spend an evening putting together the bicycles by hand and loading them into a moving truck. The following morning several members drive to Waco to deliver the bicycles and are met by grateful MCH youth and staff for unloading.

“The arrival of new bicycles is one of the most joyous events of our year!” said Allison Crawford, director of benefactor relations at MCH. “Seeing the looks on our students’ faces as bikes are delivered is the very picture of Christmas joy. We are grateful to each person at First UMC Grapevine for carrying on this tradition for so many years.” 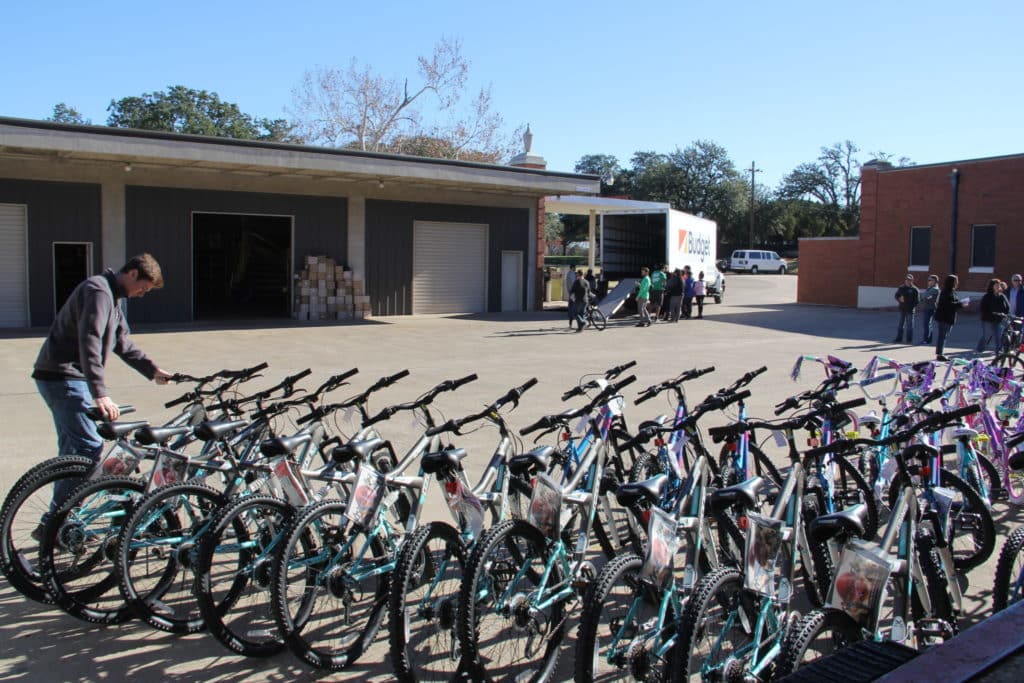 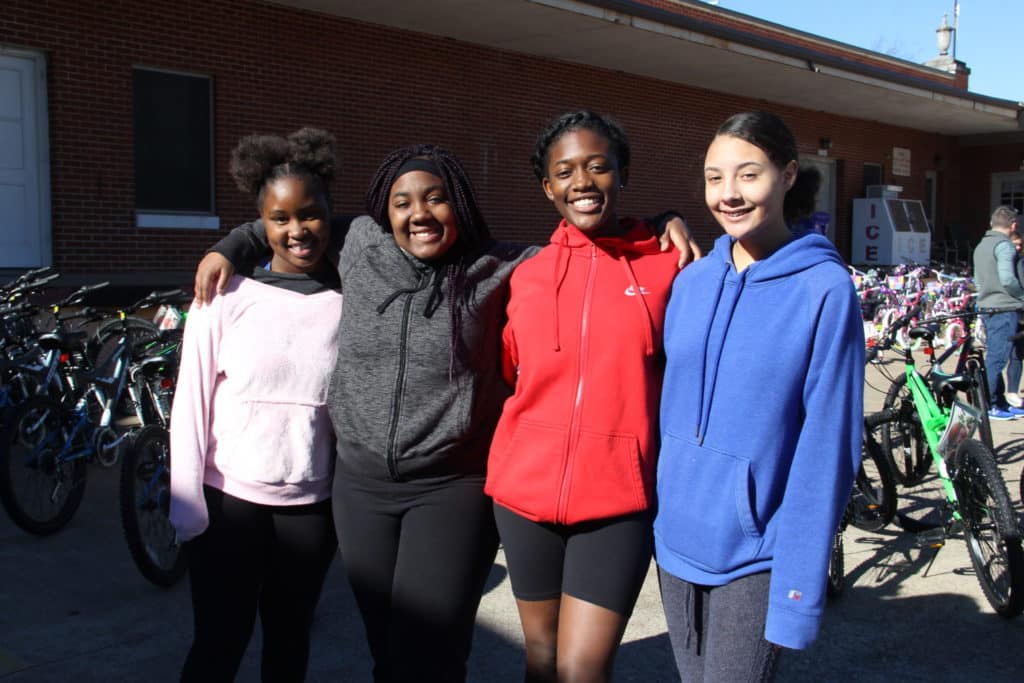 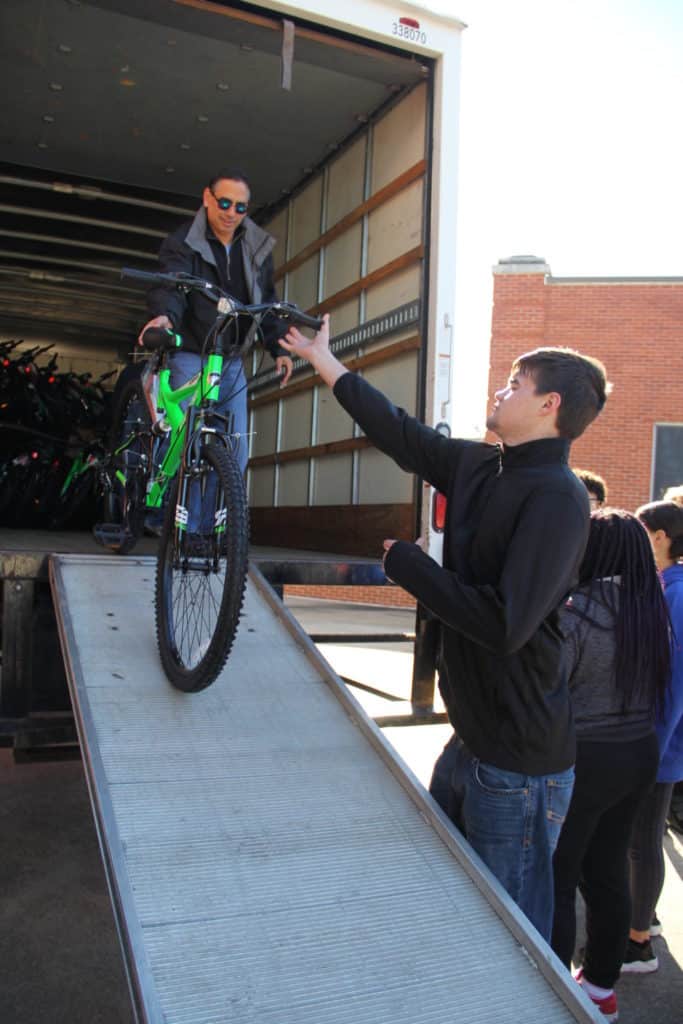