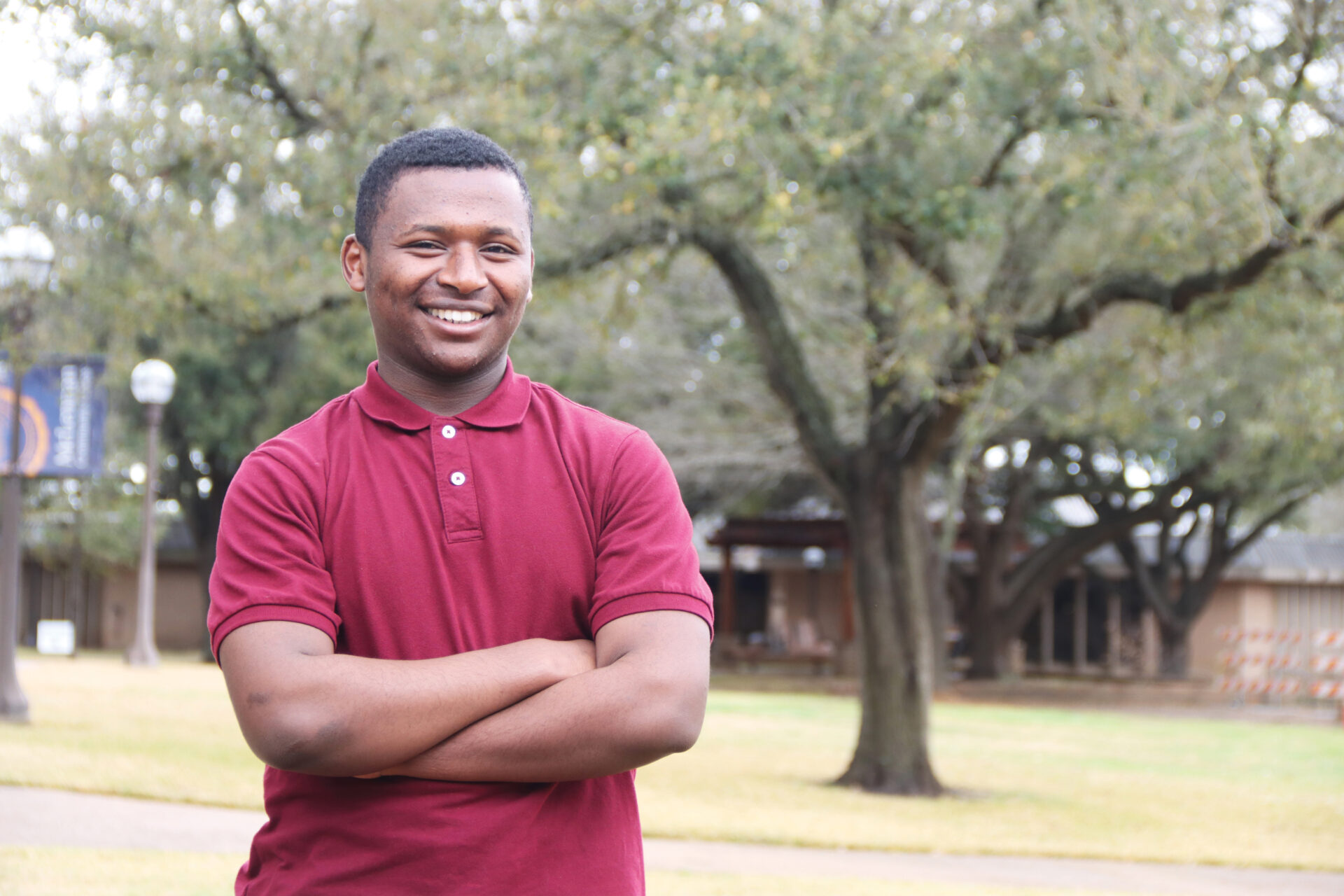 Kaden almost glows when he begins talking about his studies and aspirations for the future. It is with good reason; he has a great deal to be excited about. Discussing his path to becoming a college student supported by the Independent Living program (ILP) at Methodist Children’s Home, the 22-year-old takes on another look – one of deep thankfulness.

Kaden is on course to graduate in December 2023 from McLennan Community College (MCC) in Waco with an associate’s degree in network administration and cybersecurity. This summer he is working as an intern with a tech firm in Waco, which he hopes to parlay into a fulltime job after graduation.

He enjoys learning about technology because “there’s so much in Information Technology (I.T.),” he said. “It’s like you are always finding another layer.” He smiles, realizing the correlation to his own journey.

Kaden’s family moved to Texas from Washington State in 2017. In 2019, a period of conflict in the family culminated in Kaden being admitted to the hospital. After two weeks in the hospital respite center, Kaden lived in a hotel room for a month, courtesy of a nonprofit organization supporting the homeless. In January 2020, Central Texas Youth Services referred him to the MCH Independent Living program.

“Even though I was classified as homeless and had to stay with a friend (before MCH), I look back at my story and see the hand of God,” Kaden said. “A scripture God gave me when I was in the hospital is Psalm 121:8, which says ‘The Lord will guard your going out and your coming in from this time and forever.’ I know this to be true because I never spent a night on the street or went without food. God has been faithful.”

Ernestine Sample, home parent at MCH, worked with Kaden at the Doss Home when he was admitted to the ILP program.

“When I met Kaden, he was thin, pale and looked very young for his age,” she recalled. “He was scared and fragile but had a heart for the Lord. Since then he has grown into a healthy young man. He has goals and dreams and loves the Lord even more.”

Kaden said he was introduced to MCH at the perfect time. If he had become homeless earlier, he likely would not have received the same referrals. If it had been a year later, the COVID-19 pandemic would likely have extended his homelessness.

“Moving to MCH opened so many doors for me,” he said. “Just the basic thing of now having an address – without one I couldn’t get a job. And now food is not a maybe. When you’re homeless, you’re in survival mode. It took a lot of pressure away to not have to wonder where I would get my next meal.”

While living in an ILP home on the Waco campus, Kaden grew in self-confidence and found restoration from his past trauma through the constant encouragement of Sample and Debra Knox, residential supervisor with ILP.

“They encouraged me to keep talking and keep communication open with my family,” Kaden said. “I’m constantly growing and learning more about myself. God allowed things to happen to me to ultimately build my character and faith. What He allows me to go through could be for someone else down the road who I am supposed to help.”

Today Kaden lives at Clay Commons, an ILP apartment complex in Waco. He juggles school, a job and also serves as a student ambassador at MCC. Earlier this year he was inducted into the Phi Theta Kappa International Honor Society. Even with a crowded schedule and pace, Kaden remains focused on his long-term goal.

“I want to work in the I.T. field for a few years to gain experience before starting my own company,” he said. “Ultimately, I.T. will be my day job providing support for me to be a pastor.

“My reason for existence is to serve God – that is my true calling,” he added, beaming.

Sample stays in regular contact with Kaden, speaking on the phone and sending him encouraging text messages.

“Kaden is a faith-filled young man,” she said. “I see God using Kaden to tell many people of God’s goodness and love.”

“MCH has been such a blessing,” Kaden said. “God’s hand navigated everything and for that I am so grateful.”