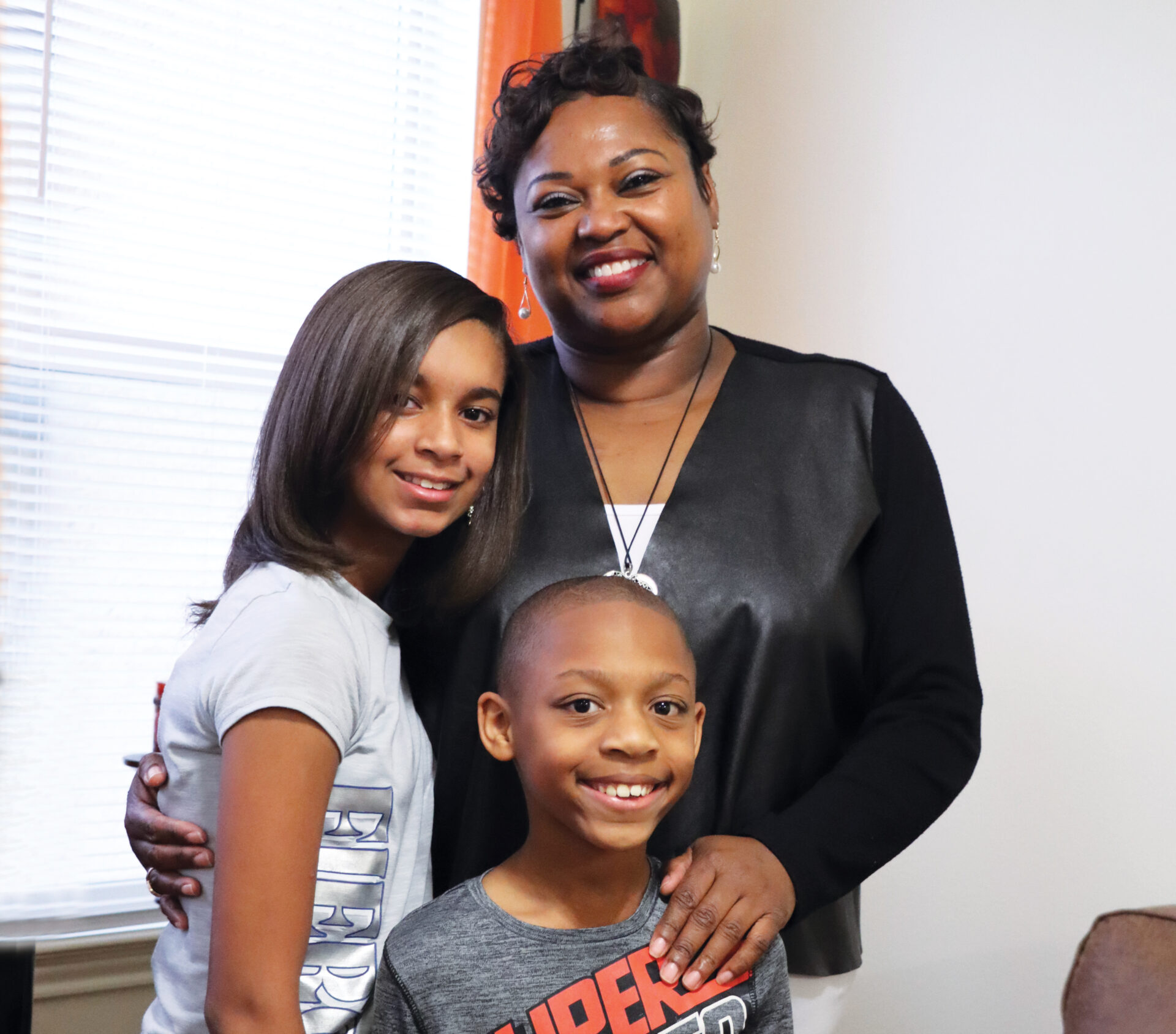 It’s been a long day and Teri Brent is focused on getting dinner put together. Spring storm clouds are rolling across northwest Houston, so her two grandchildren are staying inside and available to help set the table. Ta’Nia, a willowy 10-year-old, smiles as she talks about her gymnastics classes and her 8-year-old brother, Terynce, lines up napkins and looks for an opportunity to show the sequence he is learning in his martial arts class.

Brent could not have imagined she would have custody of two young children at this stage of life. Ideally, her daughter would not have had the issues that led to the children being removed multiple times by Child Protective Services (CPS). As the children’s grandmother, Brent felt a duty to be there for them, however ill-prepared she was. Through tenacity, perseverance and the help of the Gap program offered through MCH Family Outreach in Houston, Brent knows she is equipped for the future.

When she first took in her grandchildren in 2018, she thought it was a temporary situation.

“Truthfully, I really wasn’t as prepared for them as I thought,” she said. “Terynce was a bit much at the time.” She turns to her grandson with a smile and mouths “I love you.” When Brent thought her daughter was doing better, she sent Terynce back to his mother while Ta’Nia elected to stay with Brent. But after Terynce was removed from his mother’s a second time and sent to a foster home, Brent knew she needed to be more proactive. She pursued licensing as a foster parent so the courts would allow the children into her care.

“My mindset at the time was, ‘I’m Grandma; I’m on my way,’” she said. “As hard as that was seeing Terynce in a foster home, it motivated me all the more to do something about it.”

Brent received custody of her grandchildren and the three lived in Brent’s one-bedroom apartment. She sold her furniture, put her bed in the living room and put the children in the bedroom.

“That place was only 532 square-feet,” she said, laughing at the memory. “I remember it exactly!” Thankfully, they were able to move up to a two-bedroom apartment.

Providing a safe space for two children is one thing. Actually providing for them presented a different set of challenges for Brent. Paying for daycare was costing nearly $1,000 a month. She worked in the business office of a welding school in Houston but was terminated because of needing time to care for the children and not being able to work late hours. 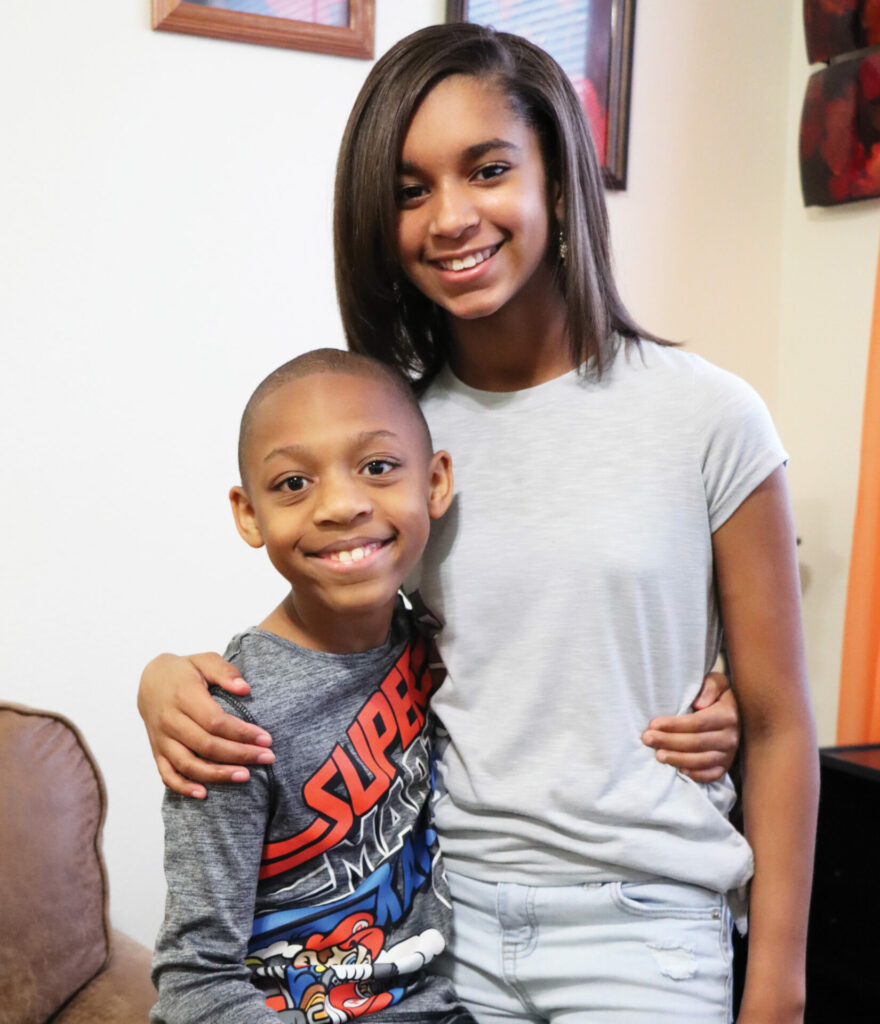 “There was nothing left,” she said. “The kids didn’t have anything.” Shortly after, her car was repossessed and she received an eviction notice. While visiting a food pantry, Brent received a referral for MCH Family Outreach in Houston.

“I instantly meshed with the MCH case worker,” she said. “The biggest thing – even though it seems little – is that she listened. Quite honestly, I just needed to vent at the time. I had a lot built up and I felt heard by her.”

Beyond a caring, listening ear, MCH helped Brent find much-needed community resources and assisted her in navigating government services to find additional aid for her family.

“MCH helped me learn how to get paperwork going for custody of my grandkids,” she said. “I needed notarized forms for school, forms to take them to doctors’ visits. It was so helpful to have those resources and that listening ear.”

Brent said MCH and her faith in God sustained her during the hard times. She has a list of things “that gave me encouragement and showed me God was watching over us.”

“Someone I didn’t even know helped me get my car back,” she said. “And then miraculously we were able to move into our current apartment after just a one-week wait despite being told it could be three months or longer. Sometimes God stirs up the pot, but in each instance, I can only give thanks knowing the kids are here with me, they are loved and they are cared for.”

According to the 2021 State of Grandfamilies report, 2.6 million children in the United States are being raised by a relative or close family friend.

Despite their proven crucial role, however, not all families have access to comparable or equitable services and support that helps meet the basic needs of children in their care. MCH is dedicated to providing case management services to kinship caregivers through the Gap program as they care for this vulnerable population.

“With much of Texas and New Mexico still dealing with the pandemic, families served through the Gap program have been especially affected,” said Traci Wagner, vice president for programs at MCH.

Like Brent, “most Gap clients are referred to MCH Family Outreach by school systems, churches or other community agencies,” Wagner said. “When schools started shutting down in response to the pandemic, a lot of our referrals stopped. All of our outreach offices across Texas and New Mexico are actively working to reestablish relationships with referrals to keep people who need help from falling through the cracks.”

According to Wagner, when families or caregivers are hurting “they have a hard time reaching out and connecting to a program. For some older individuals that could be served through the Gap program, technology can be a barrier.”

“There’s also a lot of pride,” she added. “A call to MCH saying ‘I need help’ can be the hardest call for them to make.”

Dulce Garcia, a case manager with MCH Family Outreach in Lubbock, said a listening ear, a touch of compassion or a small gesture of dignity can make all the difference in the world for a grandparent or other kinship caregiver dealing with the challenges of caring for someone else’s children.

“I work with a 74-year-old woman in our Gap program who takes care of her two young great-nephews and a great-niece, all under the age of 12,” Garcia described. “This family lives in a small town near Lubbock on a fixed income, in low-income housing and on food stamps. The client does not read or write, so I help her a lot.

“She kept telling me for a while that she thought she needed glasses,” Garcia said. “We drove back and forth together for her eye exams. Finally, it came time to pick out her frames. She tried a pair on, turned to me and said, ‘Oh my gosh, I can see!’ She was so happy because she was seeing a brand-new world. It was a very emotional time for both of us.”

Brent’s brand-new world has come as she has seen her grandchildren’s personalities come alive and flourish since being in her custody and receiving help through the Gap program.

“Ta’Nia was very shy; she didn’t talk at all,” Brent said. “As she grew to feel safe, she began to come out of her shell. She started talking, then singing, then dancing. And Terynce had some medical issues that needed to be addressed. Now he is doing so much better and getting so strong.”

As a Gap client, Brent became a cheerleader for all the programs offered by MCH Family Outreach. When the office in Houston needed to hire an administrative secretary, Brent jumped at the opportunity to apply.

“When my time was up as a Gap client, it was so sad,” she said. “MCH was a backbone for me. Everything I stood for as a client I learned from MCH.

“Now to work for MCH is such an accomplishment,” she said. “I love it because I know and understand the assignment. The Gap program, Family Solutions – I was a single mom with three kids once – I know what these individuals and families are going through.”
Brent said finding connection is what families need most.

According to the 2021 KIDS COUNT data center, 303,000 children are being raised in kinship situations in Texas and 30,000 in New Mexico. Although New Mexico data has been consistent over the past five years, Texas numbers continue to increase by more than 10,000 children a year.

“Grandparents and other relatives raising grandchildren is prevalent in New Mexico,” said Tiffany Gonzales, director of MCH Family Outreach in Las Cruces, N.M. “As many as are connected to services, we know there are so many more, especially in rural areas, who aren’t. It’s a big need.”

Gonzales said recognition of the needs by the community helps service providers gain traction. Ever since the City of Las Cruces established a Grandparents Raising Grandchildren program, Gonzales said the utilization of the MCH Gap program has been 100 percent.

Similarly, in Houston, MCH Family Outreach is a part of the RAP Coalition, which stands for Relatives As Parents. The coalition is a group of organizations that supports families with services ranging from physical and mental health, legal resources, parent education, financial literacy and kinship placement.

Once a participant looking for help, Brent is now one with the answers.

“I remember attending a conference and asking questions as a client and others would chime in that they had the same question,” she recalled. “Sometimes caregivers don’t know the questions to ask until they hear someone else speak up.

“Earlier this year I spoke at a RAP Coalition conference, telling them I was once just like them – a client, confused and crying,” Brent said. “Now I’m speaking and encouraging them, teaching them to use every resource available and urging them to learn to ask questions. I love being a resource for Gap and encouraging grandparents by telling them how to do things. It cuts out a lot of stress for them to hear firsthand stories.”

Looking at her grandchildren, Brent acknowledges “it’s hard for grandparents to keep at it when they don’t have help and don’t know the questions to ask. But things can get better. All the favor and accomplishment in our lives is because of God and the help of MCH. It makes me feel so good to know we are making it.” 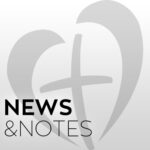