The Magazine of Methodist Children’s Home 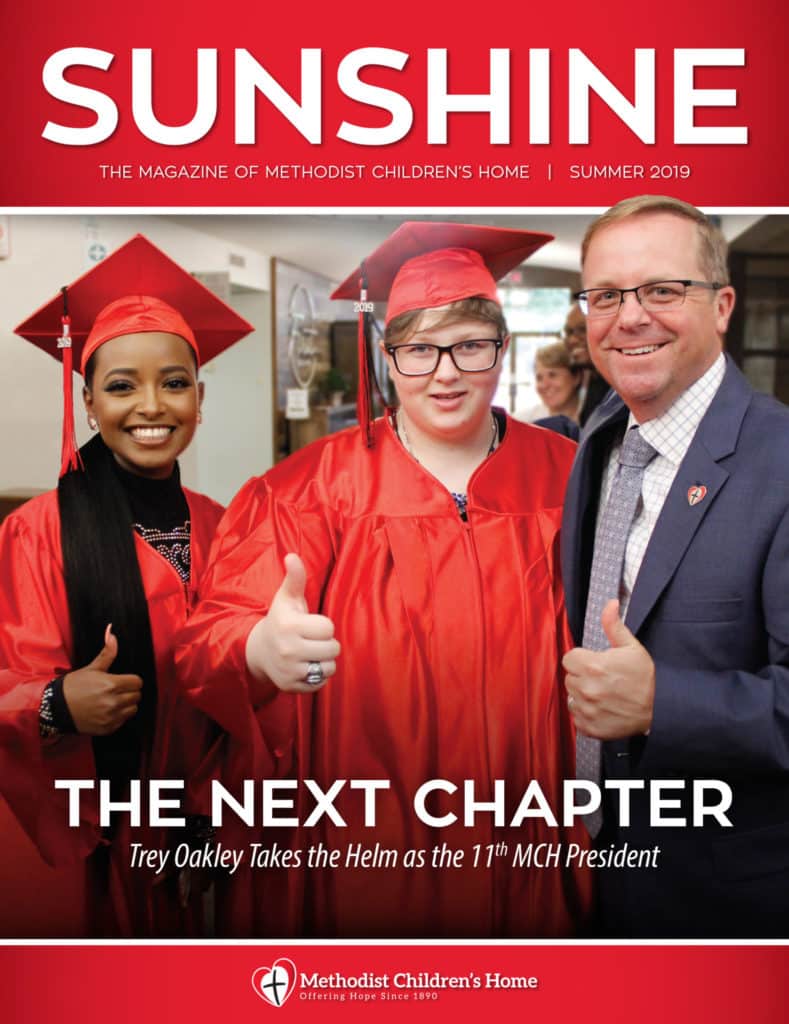 The Next Chapter: Trey Oakley Takes the Helm as the 11th MCH President

Trey Oakley often tells people that love is what brought him to Methodist Children’s Home. In July 1999, Oakley was attending George W. Truett Theological Seminary at Baylor University when he came across an ad in the local newspaper for a part-time librarian at MCH. Oakley needed a stable job before proposing to his then-girlfriend, Karen. He submitted an application and received a call from the Rev. Travis Franklin, former MCH chaplain, offering him a position as the assistant director of religious education. Oakley accepted the offer and proposed to Karen shortly thereafter, and the couple was married later that year. That phone call opened the door to the next chapter of Oakley’s personal and professional life.

Dremon and Sam are two of the many valued students of the Day Student program at Methodist Children’s Home. Though their journeys have not always been easy, they have grown and achieved educational success.

Summer is a special time for our youth and families at MCH to have fun and enjoy special occasions with those around them. Our young people served through the residential program have opportunities to enjoy a full schedule of recreational activities, overnight camps, mission trips, and community service.

Everything was supposed to be all set. Looking for a fresh start after her divorce, Shanita and her three children moved from Wisconsin to Texas in January 2019. Shanita had an apartment lined up and worked with a staffing agency regarding a job. But when they arrived, her plans fell apart.

Devoted to God, determined, hardworking, beyond reproach, and positive are just a few of the words used to describe 16-year-old twins Joseph and Johnnie.

MCH residents enjoyed summer activities through Camp Rise Up, a day camp on the Waco campus led by the MCH Recreation department.

Development News covers the 2019 summer conferences, this year’s Season of Giving and welcomes back Lyle Mason as vice president for development.

Incoming freshmen at the charter school on the campus of Methodist Children’s Home (MCH) learned what to expect as they enter high school during Fish Camp, a freshman orientation, on July 10.

At the age of 15, Raven entered into a world of uncertainty when she came to live at Methodist Children’s Home. Although her grandmother gave Raven a lot of love and support, she hoped MCH would provide her granddaughter with more opportunities to succeed.

Stay up to date 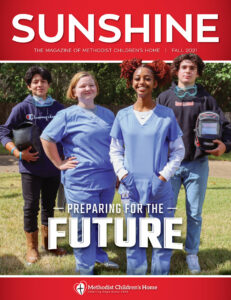 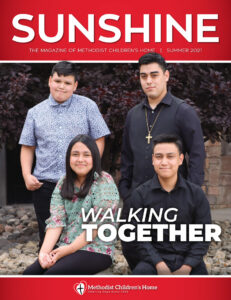 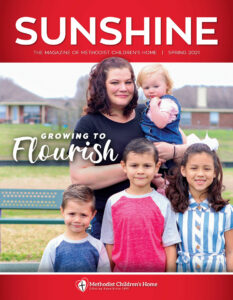 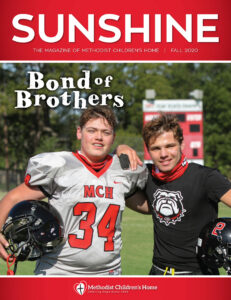 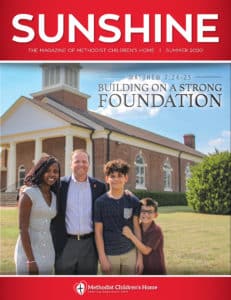 The Sunshine magazine is published quarterly by Methodist Children’s Home. 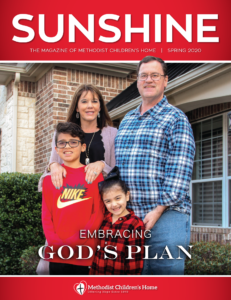 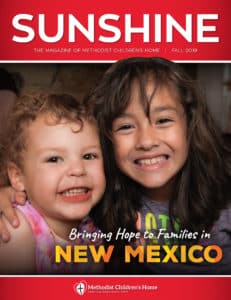 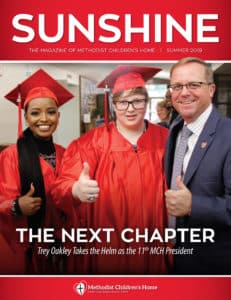 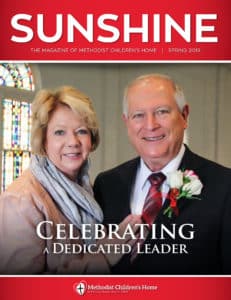 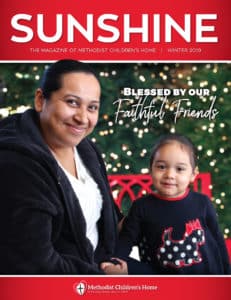