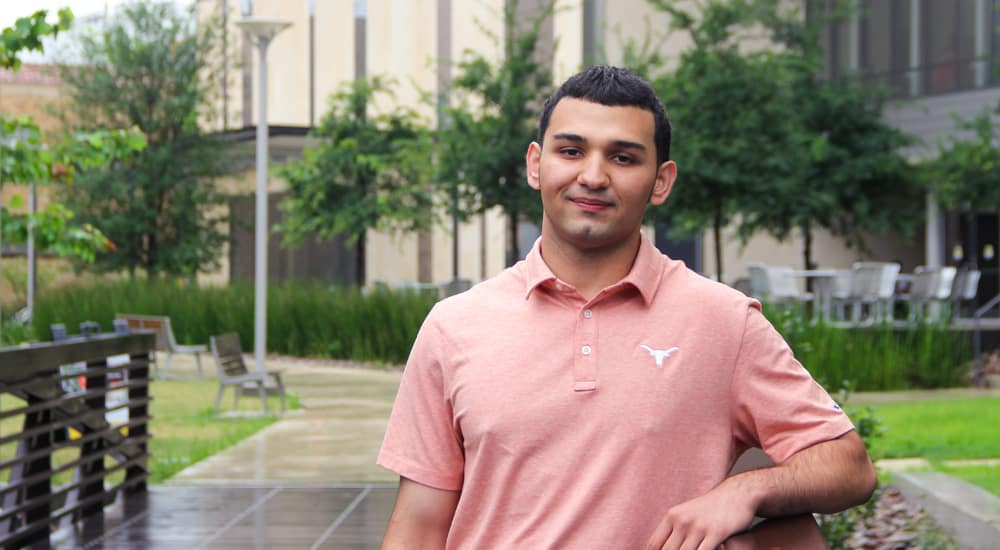 When Aman came to Methodist Children’s Home in 2010, he was only one year removed from living in India. American culture and language were still relatively new to him, and the only person he was close to was his mother. However when hard times led him to MCH, Aman showed his resilience by taking advantage of the opportunities provided to him, excelling both personally and academically.

Aman graduated from high school in 2015 and earned several scholarships to attend college. In May 2019, he completed his bachelor’s degree from The Cockrell School of Engineering at The University of Texas in Austin.

“As a kid, I always liked looking at buildings in cities downtown,” Aman said. “I always wanted to do this when I was little and I’ve stuck with it.”

After graduation, Aman plans to continue his research job at the university throughout the summer and has been accepted into graduate school at UT this fall. His dream is to one day work for an engineering design firm.

Throughout his education, Aman expanded his horizons by traveling and studying abroad. He has spent summers in Argentina, New York and last summer returned to India where he spent his early childhood. He said he enjoys experiencing different parts of the world and it has helped him appreciate what he has in his life.

“I have seen him mature as a young man, and I am so impressed with him,” Anthony said. “Aman is a very responsible person and truly puts in the work on his grades. He leaves a lasting impression on people.”

Aman said the relationships he built at MCH played a big role in shaping the man he is today, and he continues to stay in contact with several staff members.

“Everyone at MCH was always nice, and I think being nice kind of rubbed off on me,” he said. “I could’ve been angry, but that didn’t happen.”

Although he has performed well academically, Aman said his success is due to more than just being good at math and science.

“People think I’m super smart,” he said. “I am smart but I also have to work hard. You still have to have a good work ethic to succeed.”

When asked if he had any advice for MCH youth graduating from high school, Aman said he would tell his fellow alums to be sure to give back to others.