The Coalition of Residential Excellence (CORE) recognized two members of the MCH family during its annual conference awards banquet on Oct. 10 in Waco. Arianna, a resident of MCH, received the 2018 Catherine Hersey Student of the Year Award and Charlsie Whitney, retired program administrator, was named the 2018 Administrator of the Year.

CORE is a national membership organization for agencies providing quality care for children and youth who cannot be adequately cared for in their own home. Residents of CORE agencies live and learn together within stable, supportive, education-focused residential communities that are designed specifically to meet their needs. This year MCH hosted the CORE annual conference at the Texas Ranger Museum in Waco from Oct. 9-11. 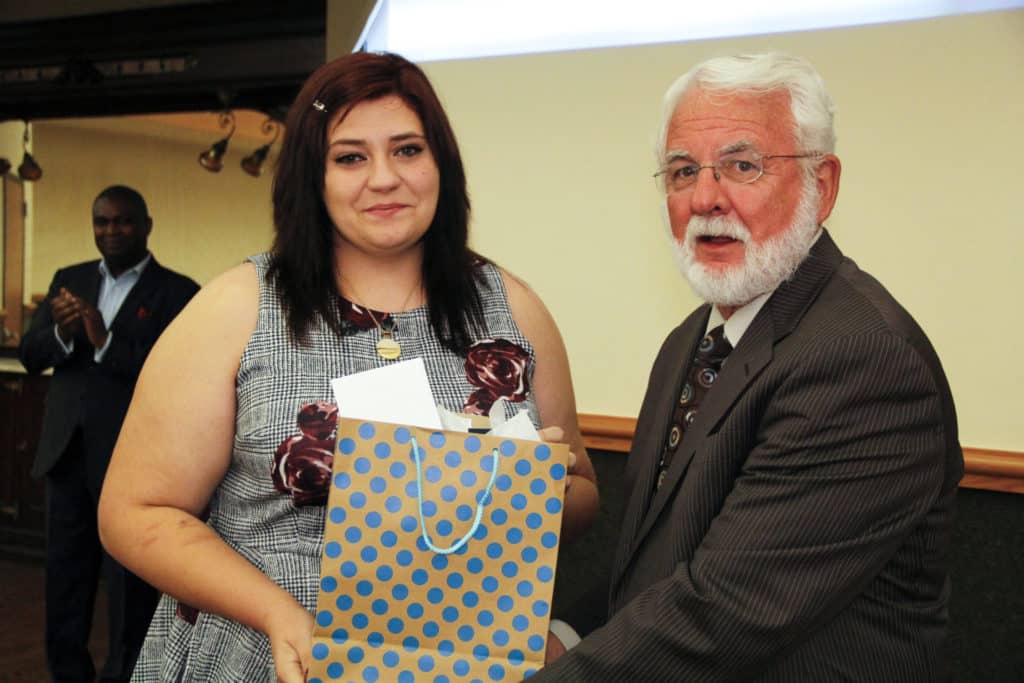 Student of the Year: Arianna

Arianna has been a resident of MCH since September 2016. She took initiative and reached out to MCH after dealing with several challenges during her upbringing. She is now a senior at the MCH charter school and excels academically receiving awards including the A-Honor Roll. She is a member of the Bulldog Pride student leadership group and participates in athletics while also balancing the responsibilities of a part-time job. Arianna was also accepted into the Greater Waco Advanced Manufacturing Academy (GWAMA), an industry-focused dual credit program.

After graduation, Arianna plans to become certified in construction and design. She would also like to work toward a degree in social work to support others who have had similar life experiences. Below is an excerpt from her nomination:

“Though she has faced many hardships in life, Arianna has been able to overcome her many challenges all the while taking intentional steps toward accomplishing her life goals. Arianna’s resiliency has allowed her to turn her trauma into motivation for the future as she feels restored hope with each achievement that she makes.”

Administrator of the Year: Charlsie Whitney

Charlsie Whitney retired in 2018 as program administrator of the MCH Waco campus following 23 years of service. She began her career with MCH as an English teacher at the Boys Ranch in 1995, then became a social worker on the Waco campus in 1998 and helped implement the strength-based philosophy of care. She was promoted to campus life director in 2002 and program administrator in 2007.

The MCH program of care was enhanced significantly during Whitney’s tenure. She played a leadership role in creating a charter school in partnership with the University of Texas Charter School system as well as developing the Transition Services program to support youth as they transition to independent living after graduating from high school. She also helped build an athletics program and created more of a community for the school through a cheer team, drumline, mascot, pep rallies, and school homecoming.

Whitney was a key leader in implementing trauma-informed care and helped develop afterschool and volunteer community service programs for MCH youth. Prior to her retirement she was instrumental in the development of a master plan for the Waco campus. Below is an excerpt from her nomination:

“Perhaps Charlsie’s most enduring legacy will be the guidance and mentorship that she has provided her staff. Her investment in home parents, social workers and administrative staff will keep paying dividends at MCH for decades to come. Five of Charlsie’s former social workers currently serve MCH as program administrators or associate administrators. Methodist Children’s Home is grateful for Charlsie’s faithful commitment, dedication and service to our mission.”